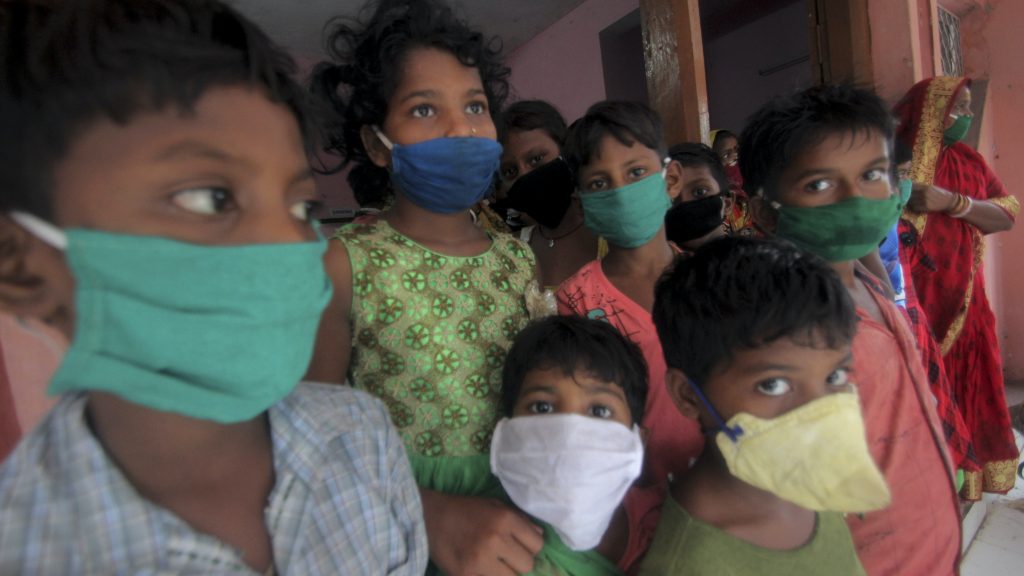 A strong cyclone has blown heavy rain and strong wind into coastal India and Bangladesh after more than 2.6 million people were moved to shelters in a frantic evacuation made more challenging by coronavirus.

Cyclone Amphan slowed slightly as it reached cooler waters near the coast, but with wind speeds ranging between 100mph and 105mph, the storm could cause extensive damage.

Wind and heavy rain is battering flimsy houses, and a storm surge could push sea water 15 miles inland with the possibility of flooding in crowded cities like Kolkata.

Masks and hand sanitisers were hastily added to emergency items stocked in storm shelters, but the pandemic has made it harder to save lives.

Some cyclone shelters in West Bengal were used for quarantining Covid-19 patients and workers travelling after India’s lockdown was eased, officials said. Some schools are now being used to shelter people, news reports said.

The cyclone passed parallel to the coast of Odisha and heavy rain and strong wind uprooted tress and collapsed some walls, said Bhabesh Mohanti, a teacher in Bhadrak district.

“I just hope it passes soon, without destroying our town,” he said.

Some in the cyclone’s path saw a choice between the virus and the storm.

Many in the seaside resort town of Digha feared going to the shelters, fisherman Debasis Shyamal said.

“They have been home for weeks, and are afraid of going into a crowd where they could get infected,” he said.

The densely populated city of Kolkata, which has nearly 1,500 cases of coronavirus, is likely to see flooding, while some centuries-old buildings in the northern half of the city could collapse due to the strong winds.

He said officials were distributing masks and other safety equipment to keep coronavirus from spreading during their stay in thousands of shelters.

Odisha officials said the state has more than 800 shelters that are used during floods or cyclones, each holding 2,000 to 3,000 people. Of these, 242 were being used as quarantine centres.

The cyclone is occurring during the Islamic holy month of Ramadan, and some Bangladeshis who fasted during the day reportedly waited until the early morning hours before heading for the shelters.

The region is no stranger to devastating cyclones, but the intensity of their wind speeds has increased due to climate breakdown and warming, said KJ Ramesh, former chief of India’s meteorological department.