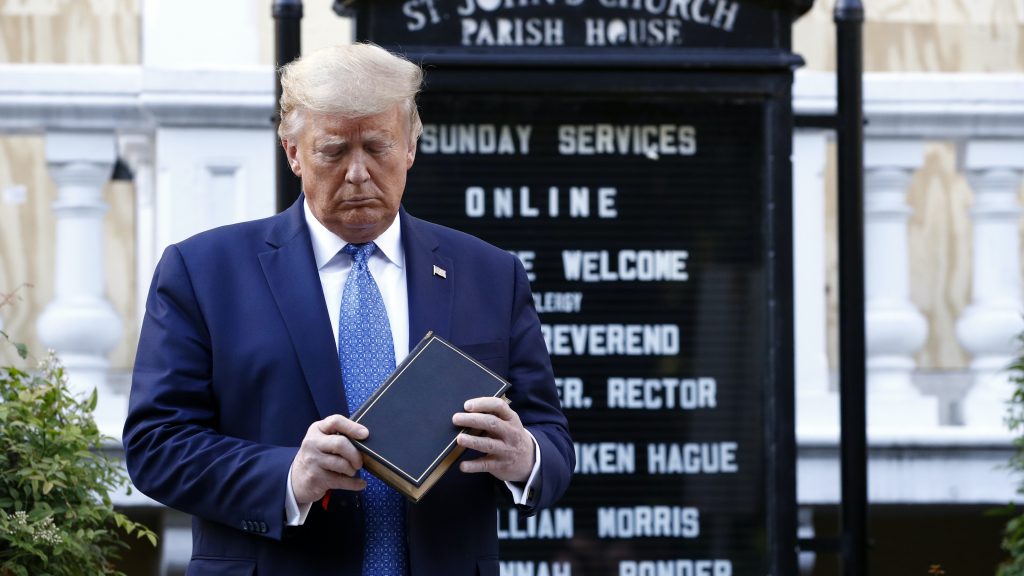 Donald Trump’s inability to unify the US at a time of grave unrest is testing his uneasy alliance with members of his own Republican party.

Some have spoken out against the president, having been emboldened by general James Mattis’s plea for a leader who lives up to American ideals of a more perfect union.

“Perhaps we’re getting to the point where we can be more honest with the concerns that we might hold internally, and have the courage of our own convictions to speak up,” Murkowski said.

Murkowski’s remarks reflected the choice Republicans are forced to make about whether, and for how long, to support Trump when his words and actions so often conflict with their values and goals.

Trump has responded to violence accompanying some protests following George Floyd’s killing in Minneapolis by calling for more “law and order” to “dominate” even peaceful demonstrations.

Asked whether she could still support Trump, Murkowski replied: “I am struggling with it. I have struggled with it for a long time.”

The US is on edge, and the November election looms with the presidency and control of the House and Senate at stake. Trump has made clear that consequences for what he considers disloyalty can be steep.

In fact, he promised on Thursday to campaign against Murkowski when she seeks reelection in 2022.

Democratic senators, meanwhile, gathered at the Capitol’s Emancipation Hall to bow — some kneeling — in an 8-minute, 46-second moment of silence for Floyd, representing the time he was held to the ground by police before he died.

House Speaker Nancy Pelosi sent Trump a letter seeking an accounting of the “increased militarisation” towards protesters “that may increase chaos”.

For Republicans, the challenge peaked this week when federal forces abruptly cleared peaceful protesters from Lafayette Park near the White House so Trump could stage a photo op in front of St. John’s, the “church of presidents”, holding up a Bible.

Mattis, Trump’s defence secretary until December 2018, watched the developments “angry and appalled” and expressed his disapproval on Wednesday night in a denunciation that rippled through Republican ranks.

“Donald Trump is the first president in my lifetime who does not try to unite the American people — does not even pretend to try. Instead, he tries to divide us,” Mattis wrote in The Atlantic, adding the upheaval was the result of “three years without mature leadership”.

“We can unite without him,” Mattis wrote.

In some respects, the statement read like a suggestion to Republicans as much as to the nation as a whole. Until Mattis released it, saying little or nothing against the loyalty-loving president remained a popular choice for Republican members of Congress.

Earlier in the week, for example, Republican Sen. Rob Portman of Ohio was one of a procession of Republicans who muttered or dodged when asked if Trump’s use of the military to suppress protesters was the right thing to do.

But after Mattis’s rebuke, Portman was more willing to discuss Trump’s handling of the protests.

He pointed out that Trump, in prepared remarks, did condemn Floyd’s killing and applauded peaceful demonstrations. But “his tone and words kind of in between those more formal presentations have not unified people,” Portman said.

Senator John Barrasso, a member of the GOP leadership, did not denounce Mattis, saying on Thursday he would prefer to speak of issues that unify people.

For his part, Trump dismissed Mattis, who served nearly a half-century in the military, as “the world’s most over-rated general”.