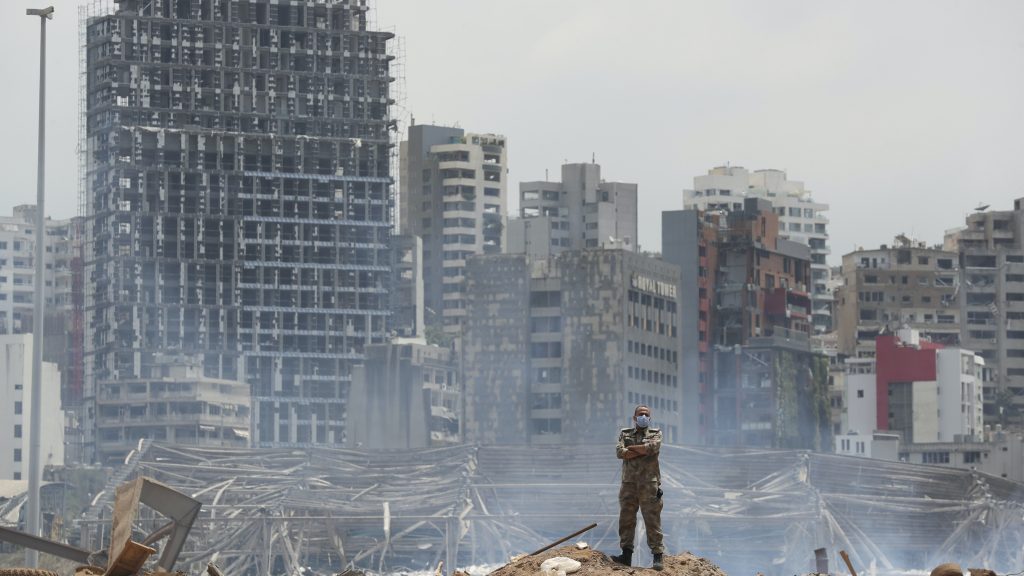 The impact of the Beirut explosion can be seen six miles from the epicentre of the blast, according to one British aid worker.

The devastating blast in the city’s port on 4 August is now known to have killed more than 150 people and destroyed large parts of the city.

British charity Saraid (Search and Rescue Assistance in Disasters) has been working in the city for several days, trying to find survivors and evaluate the structural safety of buildings hit by the blast.

One of Saraid’s volunteers, Rob Davis, described the epicentre of the explosion as “completely devastated, a huge amount of damage”, but the effects can also be seen further out of the city.

He told the PA news agency: “The area of affected property is massive. If I can give you some indication of the scale of the effect of the blast, my base of operations is 10km (6.2 miles) from the port, the windows in my base have been affected by the blast.”

A firefighter by trade, volunteer Davis added: “I’m 10km from the port – from the epicentre of this explosion  – and my hotel, it’s not structurally damaged, but the fabrication of it is damaged.”

Davis said there are “various levels of damage” across communities in Beirut, but Saraid workers are liaising with local agencies to check buildings and rank them as safe or unsafe, to “try and get some sense of normality back to the communities of Beirut”.

He added: “The whole community has been shocked by this devastating event.”

Saraid is a British charity that provides search and rescue personnel in response to disasters across the globe.

The voluntary organisation has helped in crises such as Hurricane Irma which hit the Caribbean in 2017, as well as earthquakes in Albania and Ecuador in 2019 and 2016 respectively.

Initially, Sariad sent six people to Beirut, however over the weekend a second team flew out to join them and assist in the recovery and engineering work.

Residents of Beirut are out cleaning debris from the streets 2 days after deadly explosions decimated the city (warning: distressing) pic.twitter.com/hX4KVjmFxG

This lady gave birth at the hour of the explosion in Beirut, Lebanon

TO THIS HEROIC DOCTOR THAT PERSISTED THROUGH THE COLLAPSING WALLS OF THE HOSPITAL TO ENSURE A SAFE DELIVERY, SALUTE SIR.

This is HUMANITY on another level. WOW!