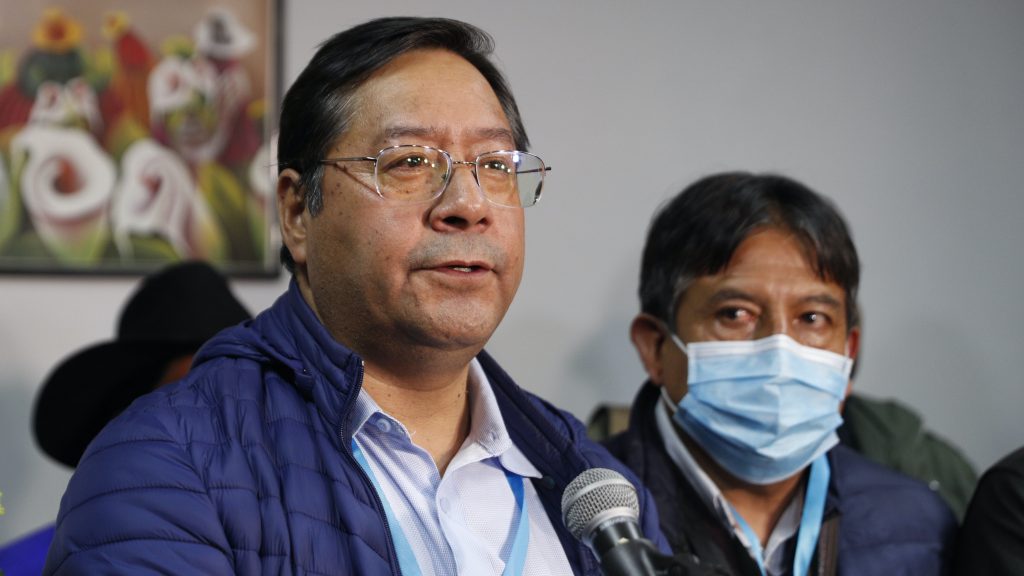 Evo Morales’ party has claimed victory in Bolivia’s presidential election. Exit polls give the Movement towards Socialism (MAS) party over 50% of the vote.

To win in the first round, a candidate needs more than 50% of the vote, or 40% with a lead of at least 10 percentage points over the second-placed candidate.

The election was marked by tension after Morales was deposed in a US-backed coup in November 2019. Electoral monitors reported threats and harassment from Bolivian security forces.

“I congratulate the winners and I ask them to govern thinking in Bolivia and in our democracy,” Áñez said on Twitter.

“We’ve recovered our democracy,” Morales said in brief remarks from exile in Argentina. “Lucho [Arce] will be our president.”

“I think the Bolivian people want to retake the path we were on,” Arce declared around midnight, surrounded by a small group of supporters.

As Morales’ economy minister, Arce oversaw a surge in growth and reduction in poverty for more than a decade. But he would face an uphill battle to jumpstart growth this time. Though unelected, the Áñez regime accepted a $327mn loan from the IMF, to which austerity conditions will certainly be attached.

Nonetheless, it would seem that Bolivia’s democracy has, for now, been restored.