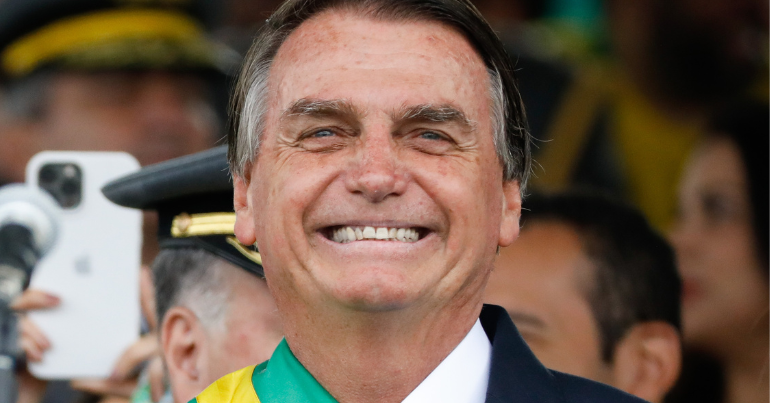 On Wednesday 23 November, Brazil’s top electoral authority threw out a challenge by president Jair Bolsonaro’s party against his election defeat – and fined it more than $4 million for bringing the case “in bad faith”.

The head of the Superior Electoral Tribunal (TSE), judge Alexandre de Moraes, ruled the far-right president’s Liberal Party had presented “absolutely false” arguments in its case. He said the arguments aimed at “encouraging criminal and anti-democratic movements” by Bolsonaro supporters seeking to fight the election result.

The PL called for electoral authorities to exclude all votes cast on five models of voting machine manufactured before 2020, alleging they gave a suspiciously large advantage of nearly five percentage points to Lula. Party lawyer Marcelo Bessa said excluding those votes would change the election result, from a 1.8-percentage-point win for Lula to a 2.1-percentage-point win for Bolsonaro.

Moraes responded with a withering rejection, accusing the PL of seeking to fuel ongoing protests by Bolsonaro supporters – who have blocked highways and rallied outside army barracks, and are calling for a military intervention to keep the incumbent in power. In a statement, Moraes said:

There is a total lack of supporting evidence.

He added that the case:

is blatantly offensive to the democratic rule of law, and was brought recklessly, for the purpose of encouraging criminal and anti-democratic movements… responsible for grave threats and violence.

He also fined the PL’s coalition 22.9m reais ($4.2m), and ordered an investigation of party leader Valdemar da Costa Neto and the head of the firm behind the audit, the Legal Vote Institute.

Bolsonaro’s own track record is dubious, to say the least. He oversaw the second highest coronavirus (Covid-19) death toll in the world, and followed in the footsteps of then-US president Donald Trump by claiming an anti-malaria drug could cure coronavirus. He also set about causing further destruction to the Amazon, with Human Rights Watch director Maria Laura Canienu saying:

The government’s anti-Indigenous rights policies and statements have emboldened miners, loggers, land-grabbers, and poachers to encroach on Indigenous territories with impunity, leading to devastating consequences for Indigenous people and the environment.

The Canary’s John McEvoy reported that:

Bolsonaro has proposed significant cuts to education, including a total elimination of funding for sociology and philosophy departments at public universities. He has also begun something of an anti-communist witch-hunt within Brazil’s public education system; his new education minister, Abraham Weintraub, has argued that crack was introduced to Brazil as part of a communist plot.

Belén Fernández summed up Bolsonaro’s tenure for Al-Jazeera, writing that it has been a period of:

It’s little wonder, then, that Bolsonaro – who has regularly alleged Brazil’s voting system is plagued by fraud, without providing evidence – was initially silent for nearly 48 hours after his defeat. He then made a terse statement saying he would respect the constitution, but has not explicitly conceded defeat or congratulated Lula, who is due to be sworn in on January 1.
After the resounding judgement from Brazil’s foremost electoral authority, it remains to be seen how Bolsonaro will react to this latest defeat.
Featured image by Wikimedia Commons/Palácio do Planalto via CC 2.0, resized to 770×403
Additional reporting by Agence France-Presse