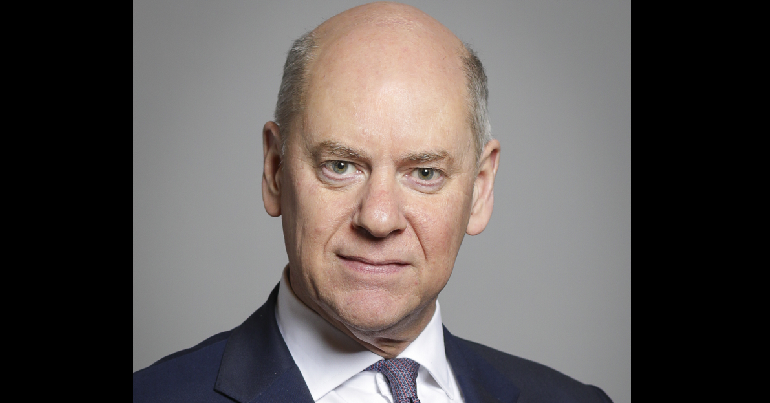 In the latest for The Canary‘s series on the review of electoral regulation, we turn to the reviewers.

Lord Jonathan Evans is leading the committee carrying out the review into how election finances are run. Evans is the committee chair as well as former head of MI5. However, he also has questionable business links that potentially impact his ability to review our elections.

The people carrying out the review

The Committee on Standards in Public Life has a chairperson (Evans himself), 4 independent members, and 3 political members. The committee is tasked with carrying out a public consultation and then a review of how elections are regulated in the UK.

Each of these members are required to hold themselves to the Nolan Principles, otherwise known as “The Seven Principles of Public Life“. These principles are as follows:

These principles are clearly intended to promote high standards for committee members. Furthermore, each of the members has completed a Register of Interests which outlines any personal, political, or business conflicts they may have.

Committee members and their interests

Each of these members has declared their interests. This is an important step for the honesty, openness, and accountability mentioned in the Nolan principles.

Problems arise, however, when we look at these principles in relation to material examples. What does honesty, openness, and accountability actually look like in real terms?

The chairman of the committee lord Jonathan Evans is where further problems arise. Evans is the former head of MI5. Moreover, as declared in the register of interests, he sits as an advisory board member on a number of data technology companies.

Looking at the companies Evans advises is a vital step in examining the purported values of the committee. He serves as a non-executive director for Ark Data Centres Limited and as an advisory board member for DarkTrace Limited, Quantexa Limited, and Luminance Technologies.

Ark Data Centres (Ark) is a data security company that designs and constructs data centres. An exclusive investigation from Computer Business Review revealed that in 2018, Ark was handed a government contract in a £500m deal. This deal was a joint venture between Ark and Crown Hosting Data Centres Limited (CHDC). It was agreed without a competitive tender.

The Conservative government has already been criticised for offering contracts without a competitive bidding process. And the deal with Ark is yet another addition to the list of examples of unaccountable government outsourcing.

But it gets worse. Evans serves as an advisory board member for DarkTrace, a digital forensics company that claims to work in “threat visualisation“. DarkTrace develops artificial intelligence for cyber security, including law enforcement.

DarkTrace was founded in 2013 with seed funding from Invoke Capital, an investment company founded by Mike Lynch. This is the same Mike Lynch that’s currently facing extradition to the US for 17 charges of securities and wire fraud.

Lynch serves as a board member on a number of technology companies. He’s currently facing legal proceedings for questions around the $11bn sale of his company Autonomy to Hewlett Packard.

Lynch also serves on the board of directors for Luminance Technologies (LT) alongside Evans. LT develops artificial intelligence for lawyers and was valued at $100m in 2019. Alongside Evans, a number of board members for LT also hail from DarkTrace. This includes DarkTrace’s founding chief technology officer Jack Stockdale, and, formerly of GCHQ and MI5, DarkTrace’s current director of technology David Palmer.

Finally, Evans is also an advisory board member with Quantexa which, much like DarkTrace, claims “to uncover hidden risk“. The company was founded in 2016 and raised $3.3m, partly led by HSBC.

Before taking up his position as chair of the committee reviewing electoral regulation, Evans stepped down from the HSBC board. This was specifically to avoid criticism:

The Sunday Times reported that he was facing criticism for his portfolio of paid business roles after accepting the chairmanship of the committee on standards in public life.

Sir Alistair Graham, one of Lord Evans’s predecessors as chair of the committee ‎on standards in public life, told the newspaper that‎ it was “better that there can be no argument about a potential conflict of interest”.

What do we get when we connect these dots? As mentioned above, Sky News and the Sunday Times have already called attention to Jonathan Evans’ business links. In response to a request for comment from The Canary, a representative for Evans from the Committee on Standards in Public Life replied:

Jonathan Evans has a long track record of public service. As Chair of the Committee, his interests are openly declared – and were discussed at his pre-appointment scrutiny by the Parliamentary Select Committee before he took up post. None of the organisations he advises work in the political – or electoral – sphere.

The Committee has a wide remit across public life. Conflicts of interest are actively managed where they arise by all members. This is done transparently and is available in our published meeting minutes and registers for all to see.

Normality is no standard for morality

It may well be inevitable that conflicts of interest arise for committees that carry out reviews. World experts in a range of fields are likely to operate in a number of private and political interests. The question here, however, is one of integrity and morality. Evans has been as open as he’s required to be by the Nolan principles. But is that enough?

It may be quite normal for politicians and business people to have overlaps, often involving exchanges of huge sums of money. But normality is no standard for morality. As discussed in the introduction to this series, it’s a question of trust. Given what we know about Evans’ business interests, do we trust this committee to carry out this review? Do we trust this committee to maintain its recommendations with integrity and openness? Do we trust Evans to lead with accountability?