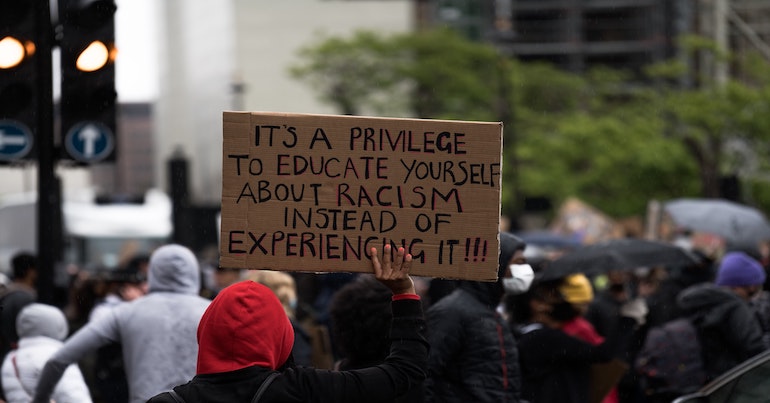 The government’s widely criticised report from the Commission on Race and Ethnic Disparities fell into more disrepute today.

A number of academics are on the list of “Stakeholders” even though some have had no contact with the commission. The report says:

The Commission heard evidence from many during the course of its work. It would like to thank the following for their participation

However, writer S.I. Martin, whose name is on this list at the end of the report, told The Canary that he only discovered his name was included in the report this morning:

I’ve had no contact whatsoever with the commission, nor would I. Anyone who knows me knows that I would never speak to them

I understand the government has admitted that my name was entered in error – we’ll never know whose error it was. In future editions my name will be excluded.

Stephen Bourne also took to Twitter once it emerged that his name was in the list of stakeholders:

To my horror I named as one of the 'academics & individuals' who was consulted by the Commission on Race & Ethnic Disparities. I wonder how many others were consulted without their knowledge? pic.twitter.com/2Vhnygjsd7

You don’t need to be a genius to see that the report’s claim that Britain is not institutionally racist is at best false and at worst an insult to the concept of reality.

Indeed, a commenter on Twitter said the report could well be a distraction:

What the #RaceReport has done is reduce the whole country to playing the ‘It’s Racist’ ‘It’s not Racist’ game, keeping everyone locked in nongenerative oppositional exchange, making it almost impossible to address what needs to change! It’s a distraction technique par excellence

We’re not going to start listing all the reasons Britain is institutionally racist, as we’d be here forever. But we can say that labels of racism don’t need the consent of the people and institutions who are racist.

There are a handful of people of colour who have been involved in the production of the report. However, as Martin told us, that means very little:

The presence of people like Sewell and Kasumu are there to give it a stamp of decency or approval by some parts of the communities that they do not represent. To find my own name thrown into that mess initially caused hilarity. But, this is indicative of how this administration operates, there will be no explanation or apology.

Tony Sewell, the chair of the commission, was sharply criticised by Dr Shola Mos-Shogbamimu:

Meanwhile, advisor to the prime minister Samuel Kasumu has quit:

His exit is allegedly not linked to the landmark report by the Commission on Race and Ethnic Disparities (Cred), which faced heavy criticism over its findings, although the timing is proving uncomfortable for the government either way.

Concerning the outcry against the report from many angles, Martin told us:

We should prepare ourselves collectively for dealing with a government that are genuinely crooks and liars, and cannot apologise and be accountable.

The government investigating into its own institutions then finding them not racist doesn’t have much weight to it.

What does have weight, however, are basic errors in citation that show the lack of care taken with the report from a callous and ineffective government.

The Cabinet Office had not responded to a request for comment at the time of publication.