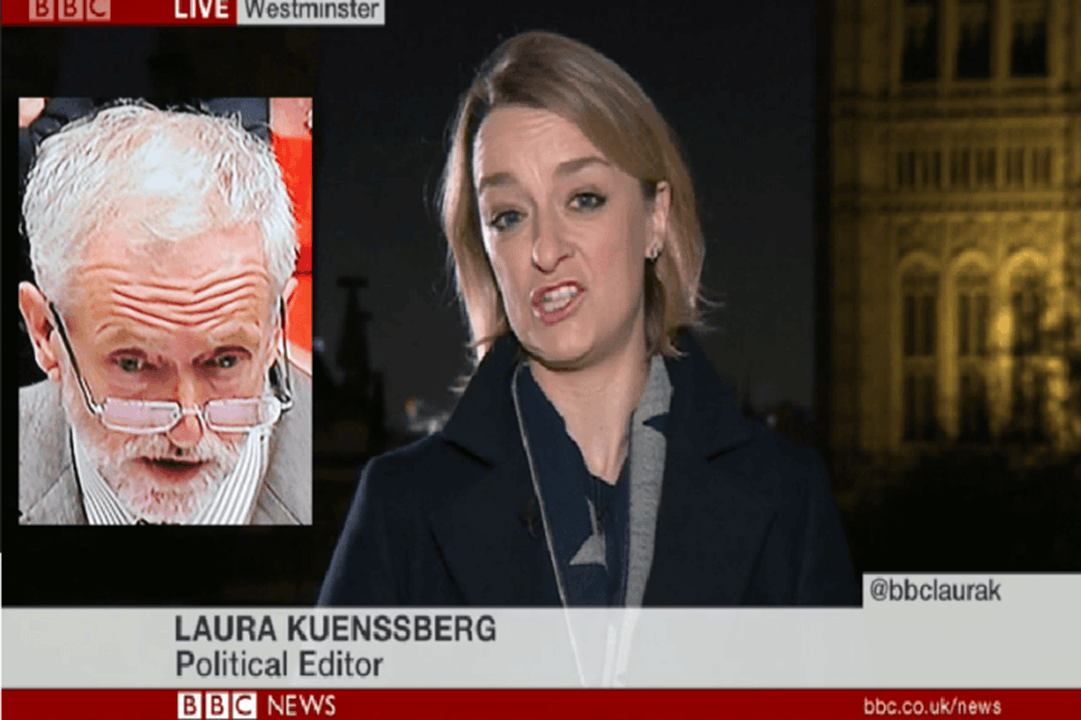 Laura Kuenssberg, the BBC’s Political Editor, is to receive a BAFTA for “Special Perseverance” at the annual British Academy Television Awards. The one-off prize is an addition to the usual line up of categories and comes after Kuenssberg made a pledge to colleagues that she is not going to sleep, or even stop talking, until Jeremy Corbyn is removed as leader of the Labour party.

It is thought that a combination of desperation and being completely raddled by lack of sleep could have been behind Kuenssberg’s rather eccentric performance on election night. Regardless of whatever particular issue was under discussion, she seemed to find ways to turn the conversation back towards Corbyn’s leadership credentials.

Of course, Kuenssberg has a track record of this sort of thing and indeed, she very nearly found herself in the running for another BAFTA for a previous piece of work. The contrived on-air resignation of hitherto unknown shadow minister Stephen Doughty apparently came close to making the shortlist for a “Reality and Constructed Factual” award. A BAFTA insider told The Canary:

While the Daily Politics episode was interesting for what it showed us about values at the BBC, we didn’t feel it was quite believable enough. This is a sector where the emotional and intellectual bar has been set quite high by programmes such as Made in Chelsea. I’d personally expect the award to go to I’m A Celebrity… which has much more of a connection with real life.

Kuenssberg is expected to collect her award in person – after all, there’ll be TV cameras there – but with it being a BBC transmission she won’t be able to mention her newly inked sponsorship deal with Red Bull (slogan: “Red Bull helps you stay up forever talking garbled nonsense”). In the highly unlikely event that everything catches up with her and she finally drops off, it’s thought that George Osborne will pick up the trophy on her behalf. Apparently he hasn’t slept since the Millennium celebrations, which would certainly explain a lot.

Featured image via James Wright for The Canary