Do you need a brain to think? Apparently not. - The Canary 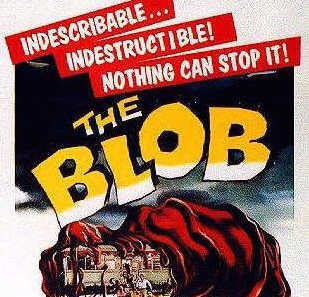 If I told you unicellular organisms and plants could learn, and keep memories, all without a brain, you probably wouldn’t believe me one bit. But according to science, this can actually be the case. Scientists have shown that a single cell protist can learn enough for it to eat without fear and that prions, the proteins that cause mad cow disease, are in fact used to store memories in plants.

Most living beings, as we know them, need a brain to think, learn and form memories. Learning is the act of acquiring new, or modifying and reinforcing existing, knowledge, behaviours, skills, values, or preferences. Memory, on the other hand, is the process in which information is encoded, stored, and retrieved. Information from the outside world is sensed in the form of chemical and physical stimuli and is changed into information that can be processed and stored by the animal. Often you need one for the other to work, and usually, the brain is pretty much essential to the whole process.

So it might come as a surprise that scientists have discovered a unicellular organism – that’s right, a single cell with obviously no brain – which can learn from experiences. Physarum polycephalum, nicknamed “the blob” by the scientists studying it, is really not extraordinary at first glance. It lives in the woods in temperate regions and looks like a yellow sticky fungus, but isn’t one. It is a single celled organism, also known as a protist or slime mould, a distant cousin of plants, fungi and animals that appeared on earth some 500 million years before humans.

The ‘blob’ has thousands, even millions, of nuclei, that are dispersed in its single-celled ‘body’ that can cover several square meters. This weird looking cell-extension can move at a speed of five centimetres per hour to find food, and it eats a lot. It feeds mostly on fungi and bacteria but also oat flakes. And this is where it starts becoming interesting.

The scientists put bitter but harmless obstacles between the ‘blob’ and its food. At first, the different blobs were cautious, and didn’t like the bitter obstacle. They would only allow a narrow extension of themselves to cross the obstacle, taking hours to reach the food but limiting the contact with the bitter compounds. But gradually, after a few days, the ‘blobs’ learnt that the obstacles were harmless and eventually crossed them as if they weren’t there. This is what is called ‘habituation’, a simple type of learning process that involves getting used to a stimulus when it is frequent enough. This ‘habituation’ can be forgotten when the stimulus isn’t around for long enough, and this is what happened when the ‘blobs’ had no contact with the bitter substances for 2 days. Romain Boisseau, co-author of the study says:

This is the first time we prove that a unicellular organism is capable of learning.

‘Habituation’ learning exists in all animals but this is the first time it has been seen in a unicellular organism. This form of learning would have been indispensable in the evolution of these organisms. Learning what is harmful or not would have been essential to its survival. This discovery begs researchers to look at the learning capacity of other organisms. Audrey Dussutour, fellow researcher at the CNRS in France, believes:

This proves that learning does not necessarily require a nervous system. I think habituation also exists in bacteria, but this still needs to be uncovered.

Plants are not animals – they don’t have a brain – but that doesn’t exempt them from having a memory. Just like ‘blobs’, they have found another way to deal with the world around them without neurons. However, according to a study conducted at Cambridge, they use a protein that both plants and animals have in common: prions.

Prions became famous for not the best reasons. These ‘infectious’ proteins have been linked to neurodegenerative diseases and cause conditions such as mad cow disease (Creutzfeldt Jakob Disease) or scrapie in sheep. But prions do not always mean disease; in plants, for example, prions support memory.

Prions play a central role for plants in the memorising of environmental fluctuations, such as temperature changes, night/day cycles, etc. These variations play an important role in a plant’s life. This is particularly true for vernalisation, the moment in a plant’s life where germination or flowerings are induced, only after exposure to a cooling period. This system allows the plant to ‘recognise’ and ‘remember’ that winter has ended.

The prions can change shape and do so to mark an important event, for example exposure to cold. The protein configures itself in a new way and adopts new features that will later influence different mechanisms such as flowering. The changes are a form of permanent memory of an event.

Researchers have identified about 500 proteins in the Arabidopsis plant that can act as prions, by changing shape and function. At least one of them (Lumininidependens PrD) has all the attributes to be a prion and is involved in the flowering process.

These are only a few examples of the ways organisms on earth can cope with learning and memorising without a brain. There are so many ways the natural world goes beyond our human experience. This includes various organisms finding different ways to avoid having a brain.