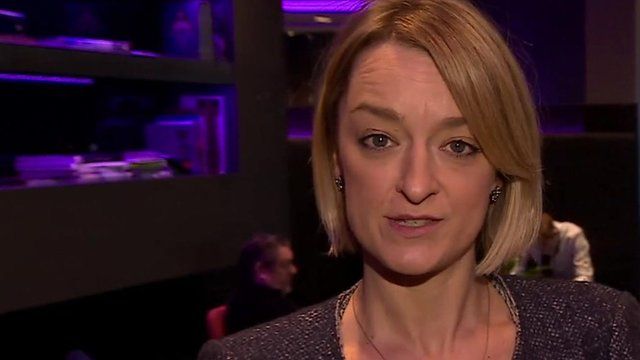 BBC political editor Laura Kuenssberg is under fire amid widespread allegations of ‘bias’ in her reporting of the May 5 elections, and her wider reporting of politics for the public broadcaster.

The petition calls on BBC Director of News and Current Affairs James Harding to launch an immediate review into the allegations, saying:

Since the arrival or Laura Kuenssberg and Jeremy Corbyn as Leader of the Opposition, we have seen a more partisan position from the BBC’s political editor.

For many years we have enjoyed a relatively impartial BBC, a report in 2013 titled; BBC Breadth of Opinion Review Content Analysis alerted the BBC to a potential shift with regards to impartiality in favour of the Conservative Government (attachment below).

We would ask that the BBC organises for an independent enquiry to see if this assessment is fair. The review would be limited to four weeks and take into account all of Laura Kuenssberg’s efforts as political editor and would assess whether the editor has been balanced or not.

The full findings of the independent enquiry (with references cited) should be publicly published.

Should the independent review find Laura Kuenssberg to have been less than impartial and/or find her to take a partisan position we would ask that she is moved to a role that is more suitable.

The Canary has this week reported on the wider transition of the BBC from bias to outright propaganda, and on the popular condemnation of Kuenssberg’s reporting in particular.

Kuenssberg was the target of criticism – from a wide range of sources:

Political bias of @bbclaurak is stark. Persistent in making #elections2016 about #Corbyn leadership, while giving Tories an easy ride.

I see @bbclaurak is on her usual Corbyn bashing hobby horse.

#Elections2016 The whole, I repeat,THE WHOLE of the @BBCPolitics coverage is a sustained attack on Jeremy Corbyn. The Establishment hate him

So far I have chucked 8 pairs of socks, one satsuma, 3 baby plum tomatoes, and my tube of bonjela at that Laura woman on the #bbc #LE2016

I feel a huge complaint coming on with this disgusting state of affairs on #BBCelection it is pretty freaking unbalanced. #Election2016

BBC Question Time as a forum for Corbyn bashing

But before the BBC’s election coverage had even begun, Question Time also came under fire on Twitter:

That was disgusting. Blatant hatchet job from #bbcqt against Corbyn / Labour. Wt actual? They seriously had NOTHING about the Tories??

When will #Dimbleby have the balls to question #Cameron's failing policies?

Instead of endless distraction over #Corbyn#BBCQT

Tonight's #BBCQT was as always …..

A Party Political Broadcast for the #Tory Party

All this smearing, back-biting and media demonisation is a huge compliment to Corbyn. It's what happens when you stand for something. #bbcqt

Thank you @BZephaniah for standing up for Jeremy Corbyn on the Labour #Hatefest that is #bbcqt and #BBC in general. https://t.co/6tU6NqKG1D

It is difficult to imagine how a BBC currently chaired by Rona Fairhead, and a News and Current Affairs team led by James Harding – themselves under major criticism for alleged bias and conflict of interest – could possibly undertake the investigation with any integrity. But nevertheless, repeated and dogged action by the public on this matter can at the very least maintain steady pressure on the BBC to change course, and add weight to those journalists and other staff within the organisation who no doubt lament the direction in which the public broadcaster has taken its coverage of news and politics.