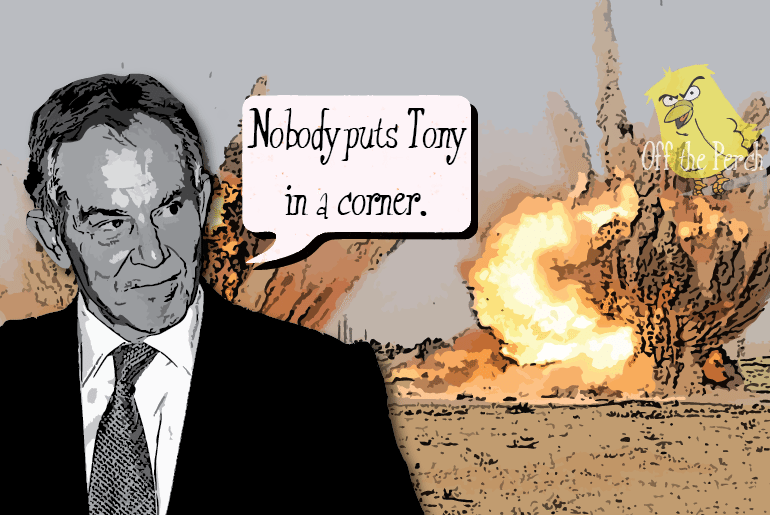 Following rumours that the Chilcot Report is going to go badly for Tony Blair (ie that it’s going to confirm what we all already know), the former PM has been on something of a pre-emptive offensive.

Aides to Mr Blair have advised him against such a move – especially as his proclivity for pre-emptive offences is what landed him in trouble in the first place. Tony angrily refused to listen, however, and it was this aggressive behaviour which led to one of them leaking the following list of people that Blair will attempt to blame for the Iraq war.

That and the fact that he insisted on referring to all of his various aides, servants, and manscapers as ‘Tony.’

What follows is the list with Mr Blair’s own handwritten notes transcribed in italics:

Although there’s no concrete evidence to support it, the aide also claims that if it comes to a war-crime tribunal, that Blair is actually going to refuse to recognise The Hague and run a trial of his own from the defendant box. Which does sound exactly like the sort of thing he’d do, to be fair.