Grant Shapps wades into the Brexit debate, and it doesn't go terribly well for him (VIDEO) - Canary Workers’ Co-op 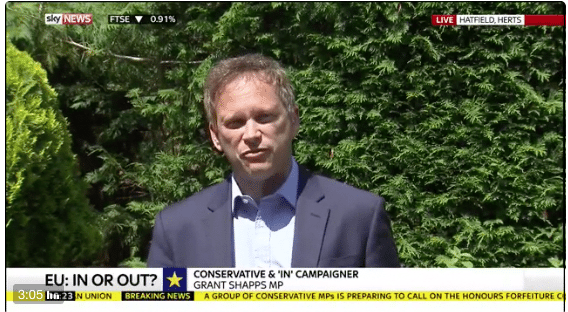 Grant Shapps has waited until the moment the EU Referendum debate was mostly settled before putting his views forward, and somehow still managed to thoroughly embarrass himself.

After going to pieces live on the BBC’s Daily Politics programme recently, when asked about the Tory election fraud scandal, Shapps was notably quiet on the EU Referendum until what he imagined was a safe moment to intervene.

Hours from the closing of voter registration, Shapps came forward on Sky News for his moment in the sun, except he fluffed it and there is no shortage of people in line to throw shade.

.@GrantShapps MP says he will vote Remain #EUref – as he can't ignore "potential turmoil for business" after Brexit https://t.co/zrzyFO9Xj8

Shapps told Sky News that his decision came down to what was “good for business” (never mind democracy, workers rights, human rights, civil liberties, the wider economy) while having a pop at both campaigns (something we can agree on).

However, as former Conservative party co-chair, Shapps was well-placed to step in earlier to steer either campaign in a better direction. Instead, he now plays the part of a film director arriving at his own premiere just in time for the closing credits, who on overhearing criticism, currys favour with the malcontents by wholeheartedly agreeing and pinning the blame on the catering crew.

That approach did not go down well, as this exchange between journalists Faisal Islam and Mehdi Hassan points out.

what are his other personas declaring for? 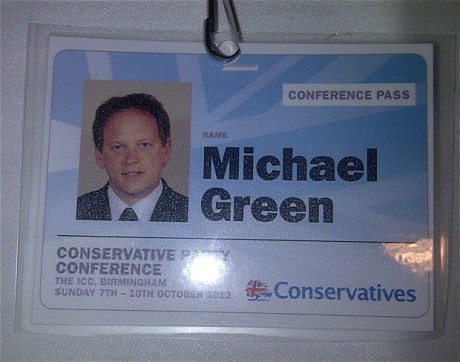 Hassan and Islam were not the only ones to notice and make their views on the matter known.

Are people sure we are talking about @grantshapps and not Sebastian Fox or Michael Green?…Have we all forgotten about #toryelectionfraud?

When I saw Grant Shapps trending, I assumed that at last the spiv had been arrested, locked up and the key had been thrown away.

We did try to seek out some positive comment on Shapps’ contribution to the debate, for the sake of balance. We couldn’t find any.