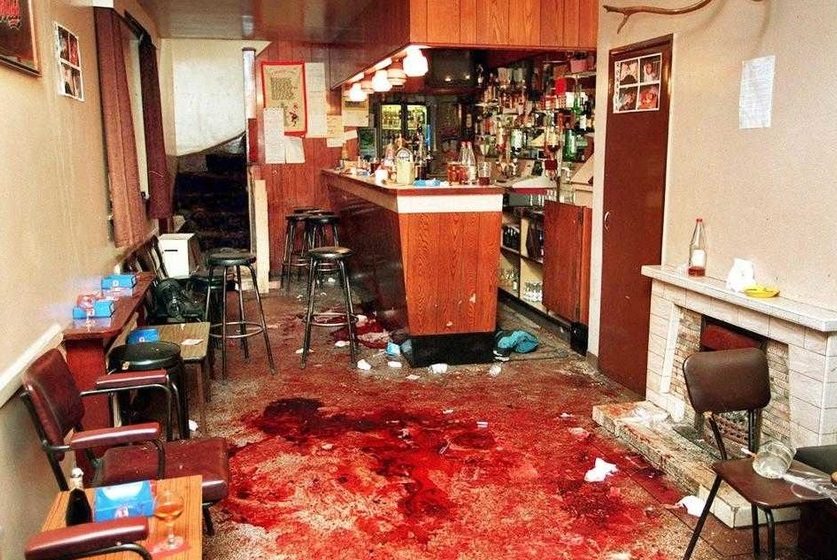 As football fans in a Northern Irish pub watched the Republic of Ireland beat Italy in the 1994 World Cup, terrorist gunmen burst in and indiscriminately murdered six civilians. Now, 22 years on, a report by Northern Ireland’s Police Ombudsman has revealed that there was police collusion in the massacre.

One of the conclusions of the report was that an initial suspect was a police informant, and that this relationship “undermined the investigative process in a number of ways” after the attack had taken place. Although the police had a list of suspects within 24 hours, the report accuses them of “catastrophic failings” in the investigation process, and of delaying arrests. This has all confirmed the suspicions of victims’ families, who have long alleged that the police failed to investigate the killings adequately because they were protecting informants.

The Police Ombudsman, Dr Michael Maguire, has insisted that police “collusion was a significant feature” in the massacre, although there was no evidence that the police knew the attack was going to happen. Maguire’s report also suggests that the Loughinisland murders may have been avoided if previous terrorist attacks perpetrated by the same gunmen had been investigated properly.

Other revelations suggest police didn’t investigate claims that an officer had warned suspects they would be arrested, and that they failed to pass intelligence on to investigators on a number of occasions.

In his conclusion, Maguire said:

the initial investigation into the murders at Loughinisland was characterised, in too many instances, by incompetence, indifference and neglect

Many of the individual issues I have identified in this report, including the protection of informants through wilful acts and the passive turning a blind eye, catastrophic failures in the police investigation and the destruction of police records are in themselves evidence of collusion

The perpetrators of the massacre, which took place in Loughinisland, County Down, were a group of Ulster Volunteer Force (UVF) loyalists. There have been other allegations of police collusion with the UVF in the past.

Investigations into past crimes have been a key part of moving towards justice and reconciliation in Northern Ireland. In November 2015, the first arrest was made in an enquiry into British army crimes at the 1972 ‘Bloody Sunday’ Massacre in Derry. This attack saw 14 people murdered when British paratroopers fired on a peaceful protest march opposing draconian government policies.

Bringing the truth about past crimes – committed by all sides – out into the open in Northern Ireland is the only way to move forwards. Only through truth can victims’ families have justice. And only through justice can there be peace.

Read more about ‘The Troubles‘ (1968-1998) in Northern Ireland, during which more than 3,600 people died and thousands more were injured.

Featured image via The Irish News