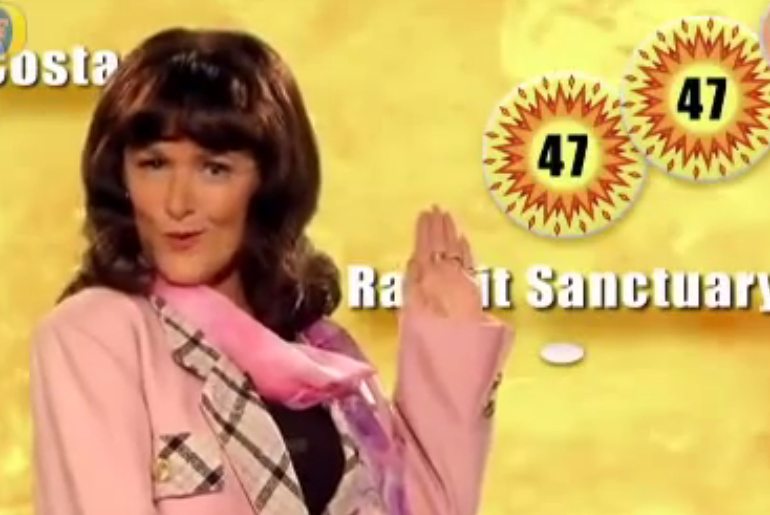 In their ultimate wisdom the powers that be have decided that any day with record breaking temperatures in the UK will now be described as “Scorchio!” A commandment has been drafted and is currently being circulated to the BBC, the Met Office, and all other UK weather forecasting agencies apart from the joke one used by the Daily Express.

The new policy is a tribute to the late Caroline Aherne, who used the word “Scorchio!” to such great effect in her time as a TV weather presenter on the Mediterranean’s favourite station, Channel 9. It was here she was discovered by The Fast Show and ultimately became a household name due to critically acclaimed shows such as Mrs Merton and the Royle Family.

The new policy was announced on Tuesday, the hottest day of the year so far in the UK, when temperatures broke the 30C (86F) mark across much of the UK. The sweltering weather was followed by the news that June 2016 had become the 14th consecutive month of record breaking heat.
This string of record breaking hot months, across the world, is beginning to make those in the climate change denying community sweat. Stephen K. Eptic is an ardent and outspoken climate change denier who is philosophical about the current run of hot weather, saying:

I try not to take to much notice of the actual statistics. I am firmly in the Michael Gove camp where facts and experts are concerned. I don’t for one moment believe all this stuff about climate change being a long-term pattern. As far as I’m concerned, if you have to de-ice the car, global warming can’t be real. I expect this heatwave will be over before you even go to print. We’ll all be back in long trousers, winter will set in and this fuss and nonsense about ‘man-made climate change’ will seem irrelevant again. We deniers will be able to continue our crusade and ensure every last atom of fossil fuel on this planet is burnt; and good riddance to it too I say

But Off The Perch has been informed that not all the deniers are as cool about the situation as Eptic. Many have been seen demanding more money from the fossil fuel corporations to keep their denial oiled and ready for action.