BBC policy is that if you're not on camera, you don't exist - The Canary 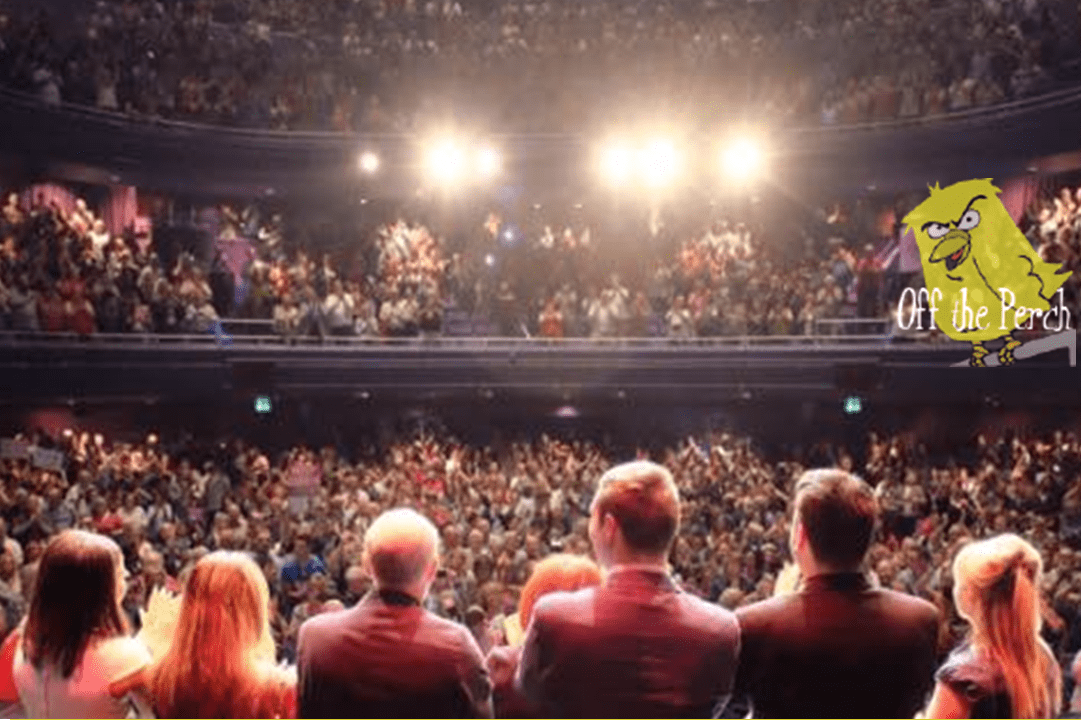 As part of their now widely recognised agenda to pick and choose the news, the BBC have a new policy – if you’re not on camera, you don’t exist.

A post on social media from someone attending a Jeremy Corbyn rally at the Lowry in Salford on 24 July highlighted how much the BBC’s Corbyn coverage is replicating the US press overage of Bernie Sanders’ campaign.

Millions of votes later, many Americans still have Bernie Sanders mixed up with the KFC colonel.

Likewise, the strategy towards Corbyn is now basically: “shhhh…. if we don’t mention his overwhelming support, many will continue believing he doesn’t have any.” 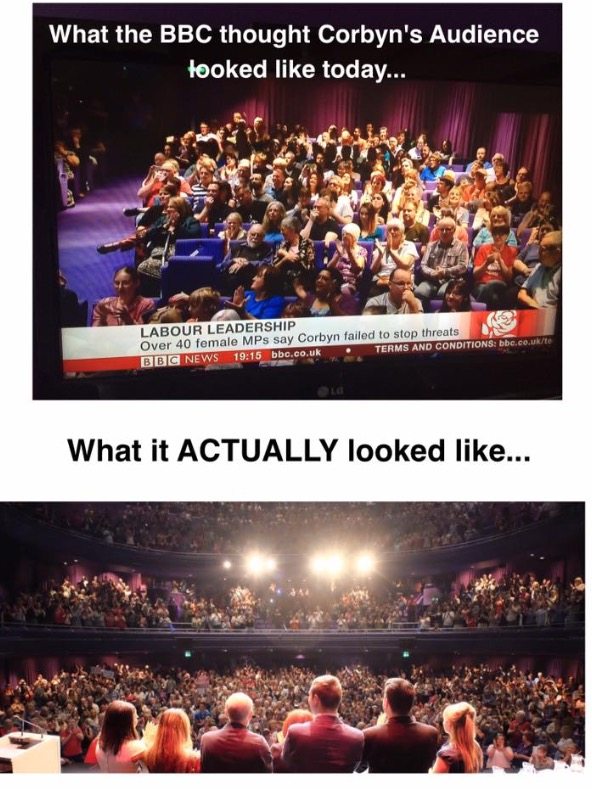 From the day Corbyn was elected Labour leader, all we’ve heard day-in/day-out from all corners is that he’s a joke. A unsightly tweed-wearing Mr Bean type character, wanting to usher in an age of irresponsibility, ill-achievement and incompetence – pandering to losers, layabouts and f**kwits.

Funny. That might seem a fairly concise description of Tory Britain today.

How much worse could it possibly get? Unless Corbyn fulfills an old forgotten prophecy and unwittingly releases the Kraken from his ass cheeks upon crossing the threshold of Downing Street, it’s never going to be as bad as the politically incompetent sh*tstorm already raining down upon us in all its slimy brown splendour.

Nevertheless, Corbyn remains public enemy number one for the established UK political classes. The following comment appeared in the discussion on the post:

I had a long conversation with the BBC team outside the Lowry. Honestly, they were embarrassed about their reporting of Corbyn. The BBC is terrified of reprisals from the Tories. One girl said the standing instruction was, if you can’t trash him (Corbyn), bin it.

First they ridiculed Corbyn. That didn’t work. So they threw everything at him, including the kitchen sink. They had us believe he’s a “terrorist sympathising” anti-semite plotting the downfall of Israel. A man who, when not flitting backwards and forwards between Hamas and IRA garden parties, is a scheming bully and communist dictator-in-waiting, pursuing an agenda of unadulterated misogyny. They even put Angela Eagle in front of the cameras looking like a deer caught in the headlights, all but saying Corbyn used to drag her around town in a headlock.

That didn’t work either. It was an Eagle that never quite landed. (Instead it flew through a glass door, suffering numerous lacerations and a majorly blunted beak.)

Now the Parliamentary Labour Party has cracked out an affable Welshman with a lovely speaking voice, Owen Smith. Unfortunately he also bears a striking resemblance to the Travelodgical puppet, but inspires less confidence. 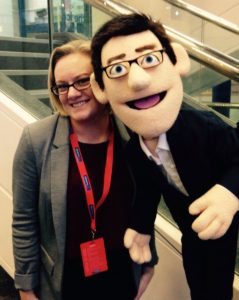 It’s not working out too well for the hapless Tory-lites. Now realising Corbyn won’t be so easy to topple, members of the failing coup are even starting to eat humble pie – asking for their jobs back.

Having drummed into us that he’s unelectable, the BBC now plans to continue the fallacy with studio edits and camera trickery.

It’s a bit like the CGI effects commonly used to create large armies in films like Lord of the Rings and 300 – but reversed. Here, the vast army of Persian Immortals are in fact made to look a ragtag handful of S&M fetishists in gimp masks, sporting nipple tassels.

That’s perhaps an eerie analogy for how the establishment identify the voices of normal, everyday people in the UK today (minus the nipple tassels). We’re simply background noise. A meaningless statistic that can simply be cropped, or edited out. It’s the 21st century way after all – if you’re not featured on camera, nobody gives a sh*t.