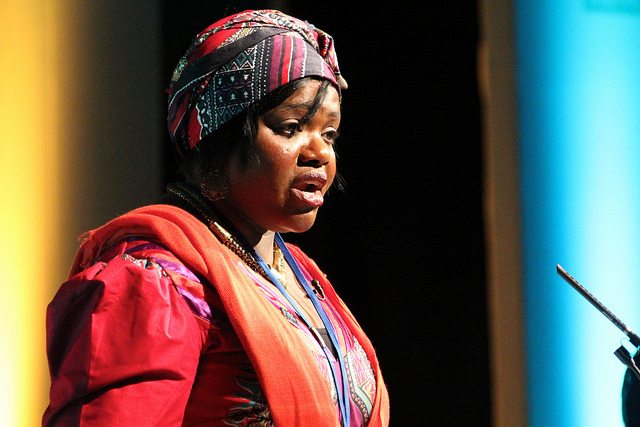 Newly collected statistics show that Female Genital Mutilation (FGM) is on an upward trend in the UK. Typically associated with cultural practices of communities that are thought to have little do with the UK, it is actually what we do here that can make all the difference and help girls escape this harmful practice.

For the first time the Health and Social Care Information Centre has been building a repository for individual level data on FGM, collected by healthcare providers in England.

The data showed that there were 5,702 newly recorded cases of FGM reported and 8,656 total attendances where it was identified. Even those statistics are thought to be conservative – a much higher figure, indicating around 137,000 women and girls are affected by FGM in the UK. If the direction of data continues as it is, there will be an even more significant increase in the UK over the next 15 years.

FGM involves the removal of female genital tissue by cutting, which interferes with the body’s natural functions. It is often performed without anaesthetic and results in chronic infection, hemorrhaging as well as severe pain during urination, menstruation and sexual intercourse. There are four different types FGM and they can all result in complications during childbirth, increased risk of newborn deaths, psychological trauma and even death.

#nofgm what is FGM.fgm is total or partial removal of womens genitals. concentrate on green coloured parts. pic.twitter.com/qNX7cKTSSP

How do we stop FGM

The fact that FGM can continue to rise in the UK may seem surprising – it’s been outlawed since 1985 in the UK and outlawed in many of the countries from where affected communities originate from, including Somalia where the practice is most prevalent and where the law there is new.

But if outlawing the practice has not helped, what more can be done?

NGOs working on this issue believe that education is a key factor for girls that undergo it and the families that still believe in it. FGM is performed because of established customary beliefs that it will ensure the girl’s chance of marriage, without which the girl is seen as being ‘promiscuous or dirty’. These beliefs also affect how a girl ‘chooses’ to have the procedure performed. The entrenchment of these beliefs goes a long way in explaining why they are willing to break the law. But helping them to understand the health adversities can go a long way.

Bristol charity, Integrate Bristol (BI), for instance lamented the discontinuation of compulsory sex education in Secondary schools, which BI founder Lisa Zimmerman, saw as a step in the wrong direction. Instead, Ms. Zimmerman believes that creative ways to ‘inform about sex education related to FGM’ are the ‘real driver for change’.

While FGM is illegal, prosecutions for it are weak and this is mainly due to cultural sensitivities. This is also why many FGM survivors will not testify; nor will their families, for societal or even economic repercussions.

Incremental change since the 1985 Act has seen a new Act in 2003 that extended the law to ensure that FGM is illegal for all UK nationals who are abroad as well. There is also a legal requirement for medical staff to report FGM or face disciplinary action.

This could go further to include:

Finally, there needs to be sufficient medical and psychological assistance if girls have been subjected to FGM.

As well as formal interventions, advocacy NGO, Daughters of Eve, believe survivors should speak out against the practice and so help dispel myths and secrecy around it.

FGM has been recognised as a fundamental violation of human rights, not just in the UK but across the world. The passing of national legislation is a key step, but figures show this is not enough.

If girls in this generation are stopped from having to endure the practice, they will stop their own daughters and generationally, FGM can be eliminated. Meaningful implemention of the legislation is the next key step along with greater dialogue and more education so we have a greater chance of saving the next victim. This can help break the tradition and save future generations as well.

Learn more about FGM and support the work of charities working to end it:

This article has been updated to include the Best Practice Guide.

Updated at 11.35am on 1 August – the organisation was wrongly named as Bristol Integrated.