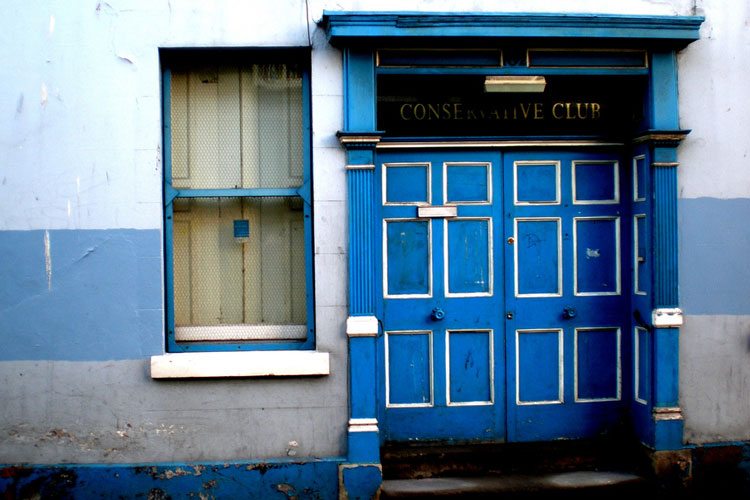 In his weekly column for the Telegraph, William Hague is known to emphasise the excellence of centre-right wing priorities and how they will soon fix the problems they created in the past. But his latest is a particularly telling insight into the Conservative mindset; of a party who are firmly rooted in the past, in elitism, and in denial.

The Conservative answer to the upcoming revolution is, you guessed it: throwing money at business.

The scientific and technological upheavals of the 20th Century are about to usher in a new industrial revolution: the ‘rise of the robots’. It’s widely accepted that soon, huge chunks of British jobs will be lost to computerisation, to bots and screens requiring no wages, no benefits, and no connections other than a power source.

Rather than accept that the way we treat working people must change to meet it, the Conservative plan is, literally, business as usual.

This upcoming crisis could be similar to that of the 1980s’, when the Conservatives shut down unions and decimated industries of the British working classes. Then, as now, the Conservatives told us that “trickle-down wealth” would result from allowing unregulated, lower-taxed business to thrive. It didn’t.

Hague is convinced that by “rolling out on a far bigger scale many of the ideas tried in small packets in recent years” – i.e. slashing taxes for the rich, focusing on ‘Enterprise Zones’, refusing to put climate change in front of the ‘needs’ of big energy companies – Theresa May’s government can somehow solve the problems of Britain’s most vulnerable.

This is like saying that Margaret Thatcher gave miners some much-needed time off.

The entire article is a dismissal of “parties of the Left” and “old-fashioned socialists” in favour of “the thrusting, innovating, risk-taking user of new technology and ideas”. Hague revels in his party’s “dominance”, but admits that as yet they have no innovative solutions:

The challenge [is] even more urgent, more important, and even more difficult than it might seem.

If Conservatives can produce the next wave of successful ideas, their political dominance for another generation will be assured.

The Conservatives, and the Blairite Labour MPs of the Establishment hivemind, still refuse to face the reality that the death of neoliberalism is here. At what point will Conservatives (big and small ‘c’) stand up, look at the facts, and admit that trickle-down wealth does not, and has never worked?

This is where the left and right differ. The right are focused on financial growth, pumping money into business to generate profits and grow the economy overall, even when that comes at the expense of the environment and working people.

The left understand that public spending (e.g. on welfare) is just as, if not more important, than private spending because ordinary working people contribute far more to the economy. It is also essential in the development of science, technology, engineering and the 21st century infrastructure required to have Britain lead the world in the new economy.

Not to mention that taking care of vulnerable people is very simply the right thing to do.

As reflected in Hague’s voting record, Thatcher-inspired Conservatives have consistently worked against providing for the poor and bolstering the rich. Alongside the rest of the world’s neoliberal, globalised economic policies, this has resulted in immense income and wealth inequality worldwide. Inequality that is increasing under those continuing economic plans.

This is where new generations of thinkers worldwide – apparently “more compassionate” than ever before – will have to fill the gap and come up with truly innovative ideas in economics, environmentalism and governance. Conservatives haven’t clocked that “innovating” and “risk-taking” are not solely to do with spending, gambling, and making money. They are about reimagining the way do things. The way we govern, the way we work, the way we learn and teach.

It’s interesting that at one point, Hague does agree that the business class needs left-wing ideas. However, he refuses to label them as leftist, but positions them simply as common sense:

there are many successful firms which treat their employees as partners, and ensure they share widely in success. Some big businesses do have to change their attitudes, and the idea of binding shareholder votes on executive pay is a good one

What he’s describing are the principles of a co-operative. A way of doing business in which all workers not only have a say in its operation, but which also shares the generated benefits as equally as possible. But in the same breath Hague is hasty to ensure we know that:

Whatever the answers may be, we can be sure they will not be found on the Left.

Clearly his idea of what ‘the Left’ wants is as outdated as his ideas around the right’s political abilities.

If you want an insight into how out of touch with truly innovative ideas and desires the Conservative establishment is, look no further than Hague’s article. It illustrates exactly how empty Theresa May’s pledge about ‘a country that works for everyone’ will be.

Learn more about how co-operatives work.

Write to your MP and the Prime Minister about the policies you want from the next government.