While everyone's been watching Labour, the Conservatives have been getting away with murder - literally - Canary 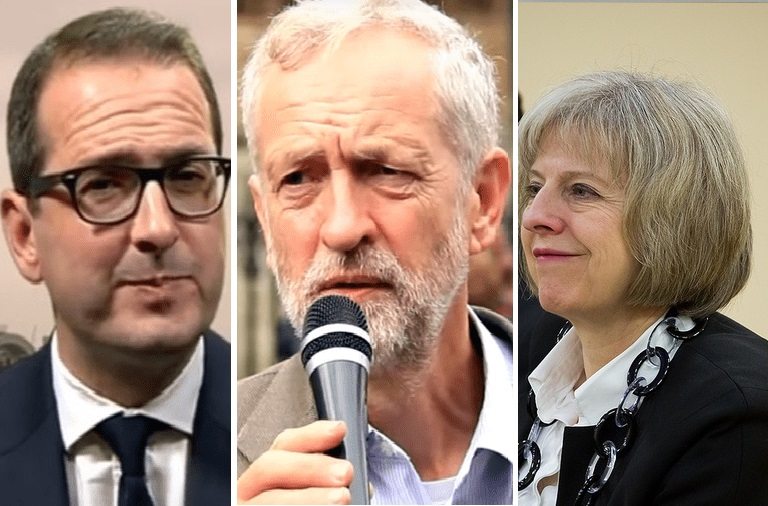 While people are focused on the Labour coup, the Conservative government has been getting away with murder – literally.

It has come to light that the Foreign Office has edited the parliamentary statements of its former foreign secretary Phillip Hammond.

Hammond’s statements had previously insisted that the government was conducting investigations into whether Saudi Arabia was committing war crimes in Yemen. As a result of these investigations, the statement read, no evidence had been found that international law had been broken. But now, the 6 “corrections” state that no such investigations ever took place. This is deeply troubling indeed.

Considering the government is currently facing legal action over its arms sales to Saudi Arabia, it seems the government is changing Hammond’s statements because it may have to make public what it has been doing to ensure British-made bombs aren’t being used to breach international law. And astonishingly, looking at these changes, it appears it has been doing nothing at all.

There is abundant evidence that Saudi Arabia has committed war crimes in Yemen and the autocratic monarchy has bought over £7bn worth of arms from the UK since David Cameron took office in 2010.

In Yemen, the indiscriminate bombing of civilians has spread across schools, ports, factories and water facilities. At least 69 medical centres have been attacked. Human Rights Watch (HRW) have documented shrapnel from UK weapons at a bomb site after an unlawful airstrike was conducted by the Saudi-led coalition.

This is jaw-dropping stuff. The government has admitted grossly misleading parliament no fewer than six times on issues as serious as the deaths of civilians in Yemen.

The government has spent most of this year telling us that assessments had been conducted and it was confident that no breach of international law had occurred – when it’s now apparent no specific assessment of Saudi operations had been done whatsoever.

A spokesperson for Campaign Against Arms Trade, which is leading the legal action, said:

This is a stunning piece of back-peddling, and the timing feels very cynical.

The corrections reveal that Philip Hammond’s original statements were either totally wrong or outright distortions.

UK arms have been central to the devastation inflicted on Yemen and it’s time for the government to come clean about its role.

Supporting the claim that UK weapons have played a crucial role, official figures show that UK arms sales to Saudi Arabia increased 100 fold in the first 3 months of the totalitarian state’s bombing campaign against Yemen.

Hammond’s edited statements show that the Conservative government only pretended to check if it was complicit in the deaths of innocent civilians. It seems that profits come before human life for our government. Let’s hope the legal proceedings bring those complicit to justice.

– Write to Theresa May to ask why there is so much British support for Saudi war crimes in Yemen and human rights violations at home.