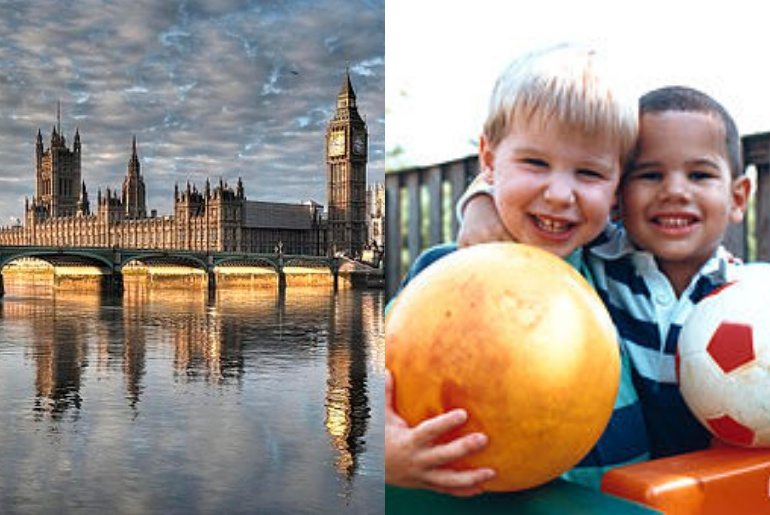 A SNP MP has been given an official caution for looking after her children in parliament last week. The issue has highlighted the lack of equality in Westminster for parents, and moreover put into sharp focus the fact the institution is still not free from discrimination against women.

Kirsty Blackman, who was elected in 2005, has two young children aged two and five. Due to summer holidays being different in Scotland, and not having any childcare, she decided to take them to work with her. And, although Blackman said “they had a great time together”, she also came up against “a number of problems”.

In particular, Blackman cited the “ridiculously archaic voting system” as being a major hurdle, with MPs having to be present to vote and only a small window in which to do so. Blackman stated:

As the division bells rang to signal the vote, both my children were on the toilet. I’m sure “hurry up” is the last thing anyone wants to hear during a bowel movement, but they both took it fairly well.

I did make them run afterwards though, and I made it into the division lobby with only moments to spare.

However, if parents have children with them they are supposed to remain outside while they vote:

I also took them through the lobby with me. This is definitely not supposed to happen. But I have yet to work out what the House expects us to do with small children who are not allowed in the lobby.

How do I explain to a two-year-old that she has to stay with adults she has never met so I can vote? The system is nonsensical and overdue for reform.

However, it was during a Scottish affairs committee meeting where Blackman was formally censured for her children’s presence. Although they were allowed to be in the room and spent their time drawing and on their Ipads on a desk behind her, it was when one of them started to fall asleep that there was a problem:

I couldn’t really leave her sleeping slumped in her chair so I picked her up and took her back to my seat.

Unfortunately, this is not acceptable to the House of Commons. Although I am allowed to have my children in the room during committee, they can’t sit on my knee – even while asleep. I did stay for the rest of the meeting but had to sit elsewhere.

It would, perhaps, have been understandable if there had been a problem if her children had been disruptive. However, to be criticised for holding a sleeping child on your lap is plainly ridiculous.

Parliament is not a friendly place for parents. In 2014, children’s minister Edward Timpson, argued that more should be done to make the House of Commons a better place for parents, including having fixed recess times so childcare could be planned. He argued:

A lot of us now have young families and we could do much more to recognise that life has moved on.

But, it is even worse for mothers. Presently, women are not allowed to breastfeed in the chamber, although they are allowed to do so in the Scottish parliament. However, a new report into sexism in parliament may be about to change this. The findings, which included allowing women to breastfeed, have been backed by the Speaker, John Bercow.

Unfortunately, many attitudes remain unchanged, and it may not be so easy for reforms to be passed. DUP MP, Sammy Wilson claimed:

To me, anyone who chooses to do it in the chamber rather than who do it in the quietness of their office, is doing it for reasons other than simply feeding the child, to make a point.

Well, in one sense he is right, it is “for reasons other than simply feeding the child” –  it’s because a woman should have the right to feed her child and participate in political debate. The fact that, in 2016, there still has to be an argument over where and when a woman should feed her child is outrageous.

Any person who seriously has issues with seeing a woman’s breast providing the best healthiest nourishment her child could wish for needs to examine the issues they have towards women’s bodies rather than coming out with sexist, outdated rubbish.

Many of these equality issues are problems for all parents in parliament, not just women. However, the problems arise from an archaic system where MPs were supposed to be men who had wives at home looking after the children. The very roots of the problem are based in a lack of gender equality and sexism.

And whilst men are increasingly doing more in terms of childcare, it is still women who are seen as the main caregiver, especially during early years.

Furthermore, now that single parent families make up a quarter of all households with dependent children, there is an even bigger problem for those engaging in any career which involves anti-social hours, or is non-child-friendly.

Unless these problems are urgently sorted out, parliament will never witness tangible equality, and will never be truly representative of the population. It’s all very well celebrating having a female Prime Minister and women on the front bench, but this is meaningless unless real steps are taken to improve the lives of women and parents in parliament.

Furthermore, in setting these examples, parliament also needs to look at how real equality can be implemented in all workplaces and all environments.

Only three out of ten MPs and peers are women. Support 50:50 Parliament to campaign for better gender equality.

Chek out your rights for breastfeeding in public and in the workplace.