Ordinary workers will foot the bill for Brexit, just like we paid for the banking crisis - Canary 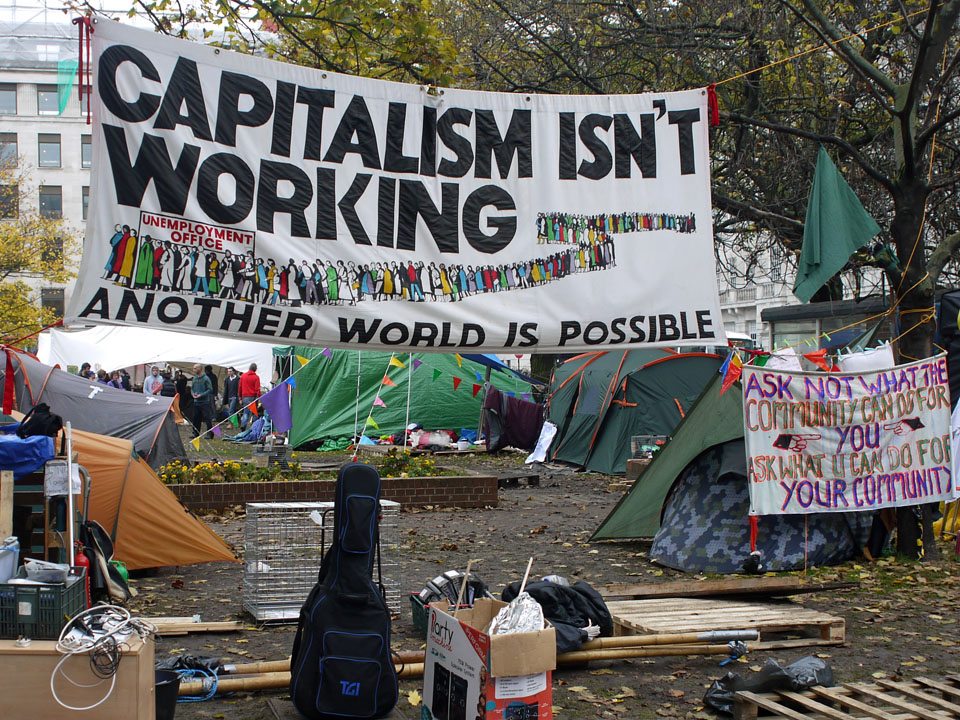 The UK, Portugal and Greece  are the only three countries in a network of 35 developed nations to have suffered a drop in real wages over the previous eight years. The UK’s 10.4% income fall is rivalled only by Greece and is a direct consequence of the 2007 crisis when the taxpayer had to pay for the bankers’ mistakes. Now leading bodies believe we are about to pay again as Brexit threatens our economic stability once more.

The Trade Union Congress (TUC) delivered its analysis on Wednesday and is based on the data released by the Organisation for Economic Co-operation and Development (OECD) on its 35 member countries, including the US and 25 other European countries.

However, where the UK has lost on real wages, it has actually improved employment rates. Flexibility in wages is thought to explain employment gains. This correlation is clearly not working for Greece however and neither Portugal. To be honest it may actually not be working for the UK either.

The Bank of England’s recent analysis indicates that the changing nature of employment means that people may class themselves as employed but at the sacrifice of job security and labour rights. More short-term and temporary contracts, more zero hours contracts and more part-time working when full-time working is desired.

Overall growth in the UK since the global economic downturn,which was triggered by the collapse of bank Lehman Brothers and a general free-for-all lending attitude, has been slow. The fact that the average household has not achieved any material increase in its disposable incomes alludes to a lost decade in the UK for growth. But the worst realisation about these figures is that the UK is at risk of further economic hardship as a result of Brexit, the anticipation of which alone has led to further economic slowdown. Frances O’Grady, the TUC General Secretary said in response to the data:

People cannot afford another hit to their pay packets. Working people must not foot the bill for a Brexit downturn in the way they did for the bankers’ crash.

At the mercy of wayward financial practices, ordinary people have had to pay for the mistakes of the banking industry over almost the last ten years. Now we’re at the mercy of what comes next during the continuing uncertainty of Brexit, the situation shows no promise of improving.

Learn more about the OECD.

Read more articles from The Canary on the effects of Brexit.