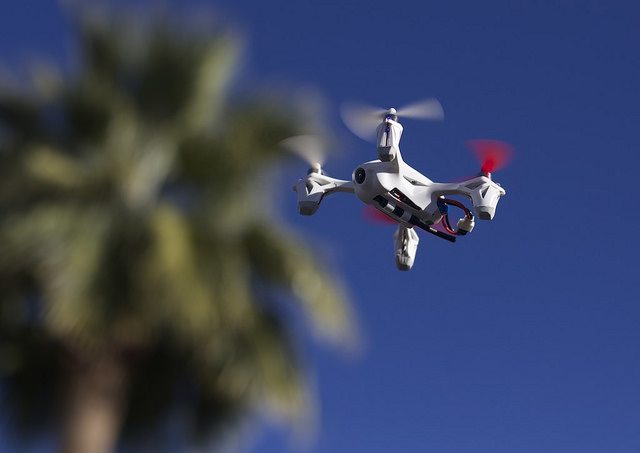 Online giant Amazon is working with the UK government and the Civil Aviation Authority (CAA) to test drones for parcel delivery.

The vision is that the small, unmanned aircraft could deliver parcels within 30 minutes of ordering. At the moment, the drones can carry weights of up to 2.2 kg and fly at 50mph at a height of around 100m. Drones would land on a mat that customers place on their property.

There are three technological challenges to overcome before the drones could be considered safe for use. Firstly, Amazon will test flying the drones out of sight from the operator. Secondly, they will be testing sensor systems that can detect and avoid obstacles in the air. Finally, one person operating multiple drones at once will be assessed.

Using small drones for the delivery of parcels will improve customer experience, create new jobs in a rapidly growing industry, and pioneer new sustainable delivery methods to meet future demand. The UK is charting a path forward for drone technology that will benefit consumers, industry and society.

The US equivalent of the CAA has not permitted such testing, citing safety concerns. Technological problems and safety concerns are not the only issues, though. People have worries about privacy too (although Amazon says the delivery drones won’t have cameras).

All information is stealable and all drones hackable. Anybody could steal one to deliver drugs or bombs.

The Taliban have been hacking into military drones for years, stealing video feeds, using a bit of software they got from Sweden. Hezbollah did it for years with Israeli military drones.

In 2012 the US Army warned people that it couldn’t help making accidental recordings while flying over houses; so filming people in their back gardens, for example.

Drones are often associated with warfare and death. But they are being developed for a host of civilian uses too. There are plans to use drones to deliver life-saving medical supplies to remote areas of Rwanda. In addition, Facebook is developing drones to bring the internet to developing countries.

Professor Sharkey calls for a wide discussion on the use of drones; before they become commonplace in UK skies.

Find out more about responsible robotics.