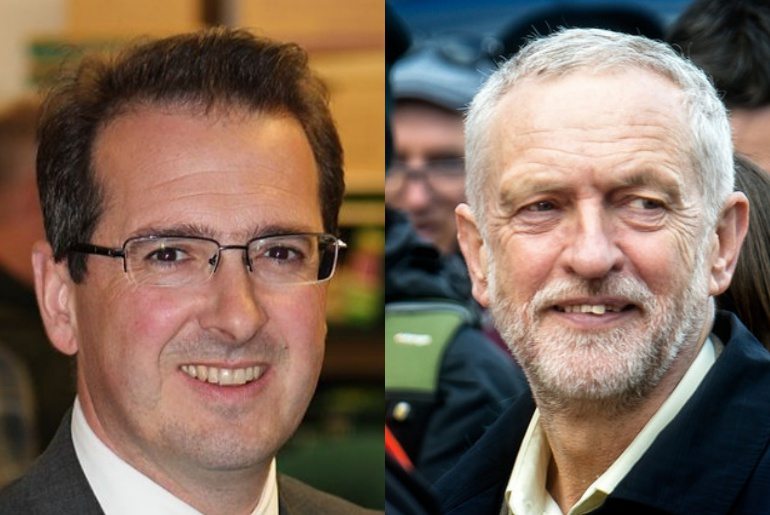 In the case against Jeremy Corbyn being automatically on the Labour leadership ballot, the judge at the High Court has given his verdict – and it’s a resounding one in support of Corbyn automatically being on the ballot without nominations.

Mr Justice Foskett decided that the claim from one of Labour’s largest donors, Michael Foster, should be dismissed and that the National Executive Committee (NEC) was correct in its decision, which he described as being the one which gave the “natural impression” of the Labour rulebook. He said that the decision was a “narrow point of law” and “wholly unaffected by political considerations”.

Foster, a former Labour parliamentary political candidate (PPC) whose family has donated £400,000 to the party, challenged Corbyn’s right to automatically appear on the ballot in the leadership race. He felt it unfair that the incumbent leader should automatically have a nomination.

This came after the decision by the NEC on 12 July to allow the Labour leader to contest the election without requiring nominations from MPs. The NEC ruled in favour of Corbyn by 18 votes to 14, clearing the way to what, at the time, seemed like a clear-cut victory.

As The Canary previously reported, Foster is a wealthy celebrity agent to the likes of Chris Evans, Anne Robinson and Sacha Baron Cohen, who also stood as a PPC in the Camborne and Redruth constituency of Cornwall. He told the BBC that he was concerned about the “apparent manipulation” of the Labour rulebook by the NEC, and that:

everyone in the room had a different political agenda [but it is] not about politics […] I’m simply concerned that this is an important issue. It’s about the rule of law. The advice given was certainly not given the expert consideration given by a high court judge. When you conduct a membership association and it has a set of rules, you cannot, in Britain, a democracy that stands or falls by application of law, bend the rules to suit a particular circumstance or particular position.

However, Foster claiming that it’s “not about politics” doesn’t quite ring true – as the former celebrity agent has publicly berated Corbyn on several occasions.

In September 2015, Foster heckled the Labour leader at a Labour Friends of Israel reception, apparently for not referencing Israel at all in an eight-minute speech. Speaking to the Jewish Chronicle, he explained that:

I find it difficult to understand how the leader of the British Labour party, when he has spent the conference talking about decency, respect for human values and human rights, kindness and a new way of conducting politics […] cannot find in his lexicon of words at that meeting, the word ‘Jew’, ‘Jewish’, ‘the UK Jewish community’ or the word ‘Israel’. That is not leadership.

He also launched a scathing attack on Corbyn, via a Daily Mail column in April of this year, accusing him of being “Ignorant, Godless and hateful”, saying that Corbyn’s brother Piers was a “racist” and that the Labour leader, in supporting critics of Israel’s government, showed:

callousness and contempt for the history of the Jews in Europe [and] crass, hateful and ignorant support for these people.

It would appear from his history of attacks on Corbyn, that this legal challenge against the Labour leader is wholly “about politics”, whatever Foster may claim. He also donated £5,000 and gave a £10,000 loan to Liz Kendall, and a further £8,000 to Andy Burnham – both during their 2015 leadership election campaigns.

Gavin Millar QC, representing Foster, told the judge that it was clear that the meaning given to the rules by the majority on the NEC on July 12 was wrong. It was not a “reasonable” interpretation of the party rulebook. He said, however, that:

The claimant has no wish to deny the second defendant [Corbyn] a fair opportunity, which can be achieved in this way, of obtaining the requisite number of nominations.

However, Mark Henderson, acting for the defendant, Labour’s general secretary, Iain McNicol, said Corbyn had gained that nomination threshold when he was first elected. “The incumbent will always have satisfied the requirement already – he got that 15%” Henderson said. Martin Westgate QC, acting for Corbyn, said the court had no reason to “disturb the decision of the NEC unless the decision was unreasonable”.

Mr Justice Foskett agreed with Henderson and Westgate’s surmisings, so it would now appear that the Labour leadership contest can continue as scheduled. Ballot papers will start to be sent out on 22 August, with the result announced at a special conference in Liverpool on 24 September.

Those opposing Corbyn have been throwing everything including the kitchen sink at him in a bid to stop him being reelected.

Members who had been with the party less than six months would not have a voice in the election, nor would those who paid £3 last year. They also gave a mere two-day window between 18-20 July for people to become registered supporters. New trade union members would also be barred from having a vote in the leadership contest – applying the same six-month freeze. To say the party was actively rallying against its leader would be an understatement.

But this decision will ultimately do little more than embolden Corbyn’s already thriving grassroots membership support, who doggedly support the Labour leader. Whether he wins the contest or not, their overwhelming enthusiasm and spirited campaigning should be channelled by the Labour party – and has to be, if it’s to stand any chance of winning the 2020 general election.