Lloyds just doubled its profits, then sent a massive f*ck you to Britain - Canary 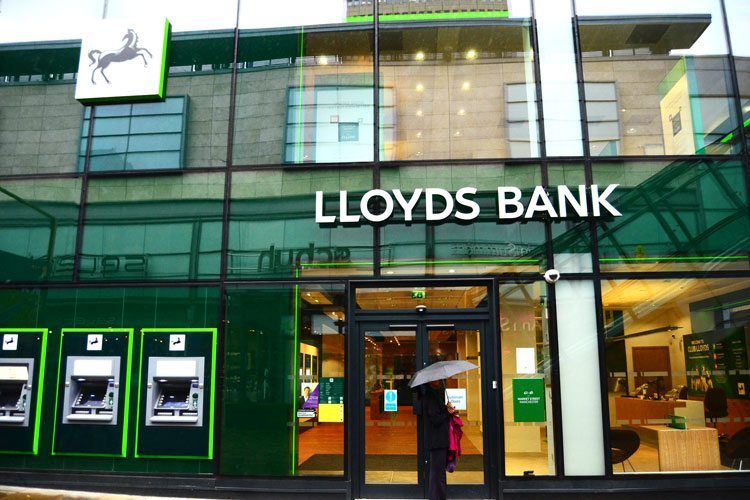 Lloyds Banking Group has announced a further 3,000 jobs will be lost and 200 more branches will close, despite a 101% increase in pre-tax profits in the first half of 2016.

This is only the latest of many announcements by the group after tens of thousands of job losses since 2009, the most recent of which in 2014 saw an axe of 9,000 jobs and 200 branches as part of an “efficiency drive“. The group reported pre-tax profits of £1.61bn in the first three-quarters that year.

In the first financial half of this year, the group is reporting pre-tax profits of £2.6bn.

The blame for Lloyds’ massive job culls – which at over 50,000 since the 2008 crisis stands as a worse loss than the heavily criticised Tata Steel – is being placed at the door of ‘growth uncertainty’ after Brexit, and “customer behaviour“. That is, because so many more people are now using banking apps and visiting banks less frequently, branches – and the jobs associated with them – are less necessary.

However, after the 2014 announcement, the BBC’s then business editor Kamal Ahmed noted:

Lloyds doesn’t want to get out of branch banking. It wants a new type of branch, complete with iPads and facilitated internet discussion screens, enabling chats with staff who may not be physically in the same branch as the customer.

Seeing a customer face-to-face or via Skype makes “up-selling” easier – that is, encouraging someone to take on an insurance product or open a savings account.

Lloyds Banking Group has confirmed that included in the 3,000 are other, non-branch specific jobs also.

Post-Brexit, Lloyds’ CEO Antonio Horta-Osorio says that “underlying profits” have fallen by 5%, and that he is expecting a “deceleration of growth”. Ultimately, this decision is about saving money, regardless of how many billions the group reports to have made.

Lloyds remains a no growth bank. Its revenue outlook is flattish, hence its costs need to fall faster.

The reason that Lloyds’ profits have taken such a sharp upward turn this year is that they’ve stopped having to earmark money to compensate customers for their misselling of Payment Protection Insurance (PPI). The PPI scandal included numerous UK banks but centred around Lloyds, who held around a third of the contracts. The bank has paid out £16bn to wronged clients since 2011.

Now that the PPI compensation scheme payouts have dropped off, its profits are rising once more; though apparently not enough to stop the group, which includes Halifax and Bank of Scotland, from cutting ever more jobs and branches from the UK.

These are permanent jobs that are being lost […] As a country, we can’t afford to lose these jobs in a challenging post-Brexit world.

The government, after bailing the bank out for £20.5bn, has put plans to sell its remaining stake in the group on hold. When contacted for comment, Lloyds Banking Group would not say why its billions in profit does not shelter workers from losing their jobs.

Visit Move Your Money to change banks if you are with Lloyds, Halifax or Bank of Scotland.

Write to your MP and/or the Prime Minister about the banking sector.