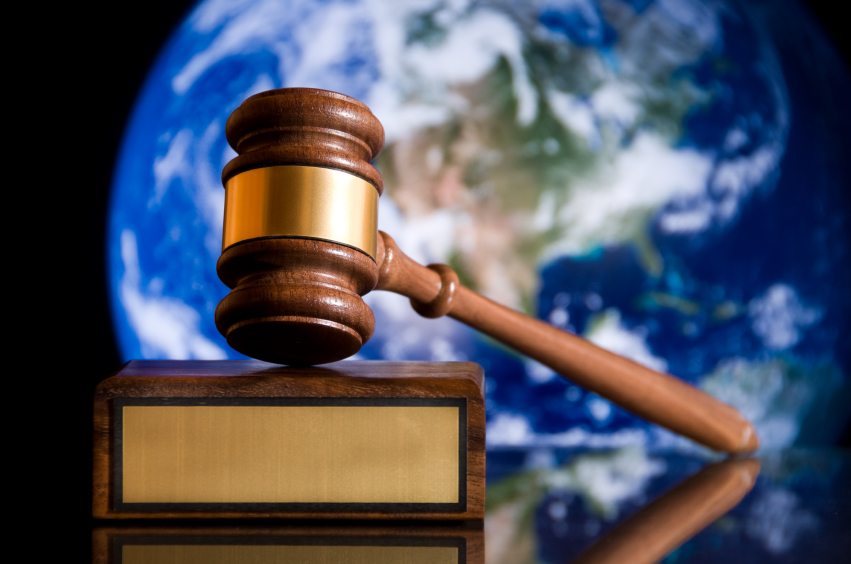 In 1917, British foreign secretary Arthur James Balfour wrote a letter to a leader of Britain’s Jewish community in which he affirmed that his government favoured the establishment of a “national home for the Jewish people in Palestine”.

This statement, now known as the Balfour Declaration, has been a source of great controversy for almost a century. And this week, the president of the Palestinian National Authority, Mahmoud Abbas, officially stated his intention to sue the UK over this document.

As the president of Palestine, which still hasn’t been officially recognised as a state by most western nations, Abbas announced his intentions in a statement read by his foreign minister, Riyad al-Maliki, at an Arab League summit on 25 July. He also called on Arab League states to help with the international lawsuit.

based on this ill-omened promise hundreds of thousands of Jews were moved from Europe and elsewhere to Palestine at the expense of our Palestinian people whose parents and grandparents had lived for thousands of years on the soil of their homeland.

Abbas and many other Palestinians consider that the 1917 declaration was a commitment that paved the way for the creation of the State of Israel in 1948 – primarily because it formed the basis of British rule in Palestine after the collapse of the Ottoman Empire.

The current British government has yet to comment on Abbas’ statement.

Did the Balfour Declaration mean that Britain always backed the creation of the State of Israel?

The movement of Zionism was essentially born from the desire of a small group of nationalist intellectuals who believed Jews should have their own state. And it gained particular steam during the first world war when scientist Chaim Weizmann (who would later become Israel’s first president) called in a number of favours with the British government to lobby for the creation of a Jewish homeland.

The Balfour Declaration also came at a point when a potential client state in the Middle East could be of great use for Britain’s war efforts. For this reason, when the war finished and the British Mandate was set up in the area historically referred to as Palestine, enthusiastic Zionist migrants were allowed into the territory.

According to Weizman, however, Britain tried to back out of its 1917 commitment almost straight away.

Although some progressive Zionist migrants believed in creating “a mutual accommodation between Arabs and Jews” and working “endlessly for class and political solidarity among the Jewish and Arab working classes”, tensions between different ethnic groups in Palestine soon became apparent.

As migrants bought land from feudal landlords and evicted Palestinian peasants from the land they had worked on, riots broke out in 1920, 1921, and 1929. And when German Jews were made stateless refugees by the Nazis’ Nuremberg Laws in 1935, even more migrants fled to Palestine. Tensions soon reached boiling point, and erupted with the 1936 Arab general strike (one of the longest in union history) and the 1936-1939 Arab Revolt.

It became clear that co-existence between Palestinians and Zionist migrants would be difficult when Menahem Ussishkin (of the Jewish National Fund) insisted in 1930 that Palestinians “must be transferred to some other place” and that Jewish migrants “must take over the land”. And there were soon indications that Zionist figures believed this would not be possible by peaceful means. In 1941, David Ben-Gurion (who would later become the first prime minister of Israel) allegedly wrote:

it is impossible to imagine general evacuation without compulsion, and brutal compulsion.

Amid the rising tensions and unrest in Palestine, the British administration investigated potential solutions. In the 1939 White Paper, Britain dropped the prospect of a two-state solution in favour of one independent Palestine governed by both Arabs and Jews. But with the start of the Holocaust in Europe, militant Zionists began to take it into their own hands to ensure the creation of a Jewish state in Palestine.

Lack of British support didn’t matter in the end

Irgun, an armed Zionist group denounced as a “terrorist” organisation by Albert Einstein in 1948, killed as many as 250 Palestinians between 1936 and 1945. The Haganah militia, meanwhile, would later be accused of ethnic cleansing in Palestinian villages. The violent organisation of the most aggressive Zionist ideologues was a sure fire way of ensuring the creation of a ‘Jewish’ state after Britain’s exit from Palestine.

The American Palestine Committee (APC), meanwhile, helped to secure US political support for the creation of a Jewish state in Palestine. In 1947, when the 56 member states of the UN (today there are 193) voted on a partition plan for Palestine, a two-thirds majority was obtained. But it just so happened that members from the Middle East actively opposed the plan, seeing it as colonial theft. The UK, meanwhile, abstained from the vote, and decided not to enforce the partition plan.

The State of Israel was established on 14 May, 1948, but the UN’s plan wasn’t implemented because Arab leaders invaded Palestine a day later. They officially lost to Israel in March 1949, whose forces had pushed beyond the UN-designated borders and uprooted and expelled entire Palestinian communities. Around 700,000 refugees were created. Their descendants now number about 7 million and are still considered refugees today.

While suing Britain today may be incredibly cathartic for some Palestinians, the basis for a legal case may turn out to be weak. What a lawsuit may achieve, however, is international coverage of a conflict that is still begging for a solution almost a hundred years after Britain’s ‘ill-omened’ promise back in 1917.

– Find out more about the BDS Movement by clicking here.