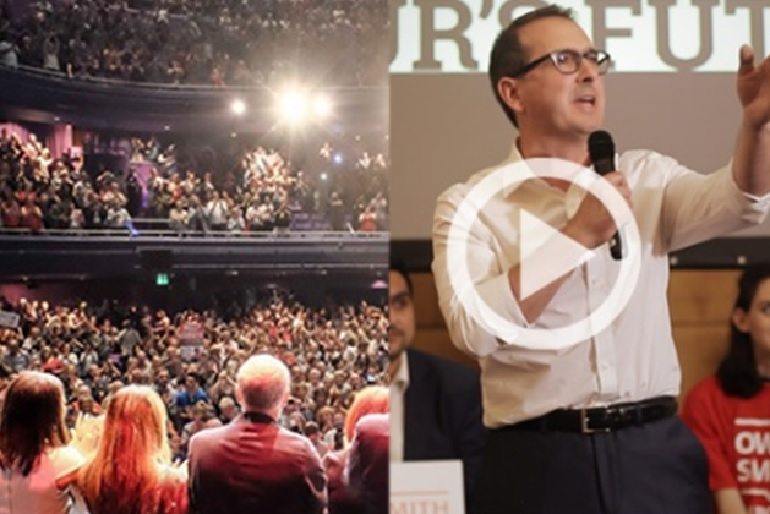 On 26 July, Labour’s General Secretary Iain McNicol sent emails to party members from both Jeremy Corbyn and his leadership challenger Owen Smith. The different messages these candidates wanted to emphasise were very revealing.

As the current leader of the party, Corbyn was able to list a number of Labour victories and Tory defeats under his guidance. But his focus was on making the party a movement again – a message he also stressed at his campaign launch in Salford on 23 July.

In his email, Corbyn focused very much on principles, and on the need for Labour to be a strong movement if it wants the chance to put these ideals into practice. He said:

And he explained this as follows:

Our movement – growing bigger every day – will enable us to reach into every community in the country to win hearts and minds, to restore dignity and pride to communities left behind, but also give hope to all of a better future instead of a country divided by the Tories.

This was his key message, and there was no room for digs at those who instigated the coup in the parliamentary Labour party. It was all about being “welcoming and inclusive”, and coming out of the leadership election “stronger and more united”.

Owen Smith’s message was much shorter, but his key point was still clear. To fight austerity (which he appeared to support the other week), he insisted:

This in spite of the fact that he was a key player in the anti-Corbyn coup which detonated the current Labour crisis in the first place. And in spite of him saying in his own letter that:

Jeremy Corbyn has reconnected our party with its radical principles.

As a whole, his email focused on emotion and unspecific ideals, presenting neither concrete plans nor concrete achievements. In fact, the letter seemed to suggest that his greatest accomplishments were growing up in South Wales and being younger than Corbyn. Without explaining what ideas or plans he had, he insisted:

it’s now time for a new generation with the energy and ideas to turn those principles in to action.

Judging that Smith apparently considers himself to be just as “radical” as Corbyn, we’ll probably see much more talk of Smith’s background and age in the coming weeks in an attempt to make a character-focused distinction between the two.

Is Smith really offering anything new?

Smith spoke in his email about the need for energy in the Labour party. Corbyn countered this by speaking about the energy represented by a membership that’s three times larger than it was when he became leader in 2015, and a movement which is growing by the day.

Smith also spoke about turning principles into action. And Corbyn countered this by speaking about concrete achievements under his leadership, including victories for Labour and defeats for the Tory government.

After receiving the leadership candidates’ emails, members may be left asking themselves: why exactly has Smith challenged Corbyn? And what does Smith actually offer Labour members apart from being younger and more Welsh than Corbyn?

See the full emails below: 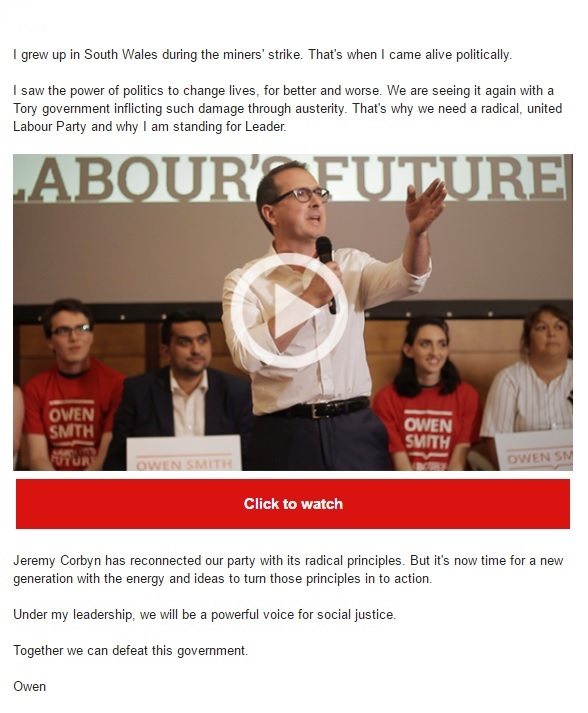 – If you would like to support Labour members fighting for their right to vote, you can do so here.