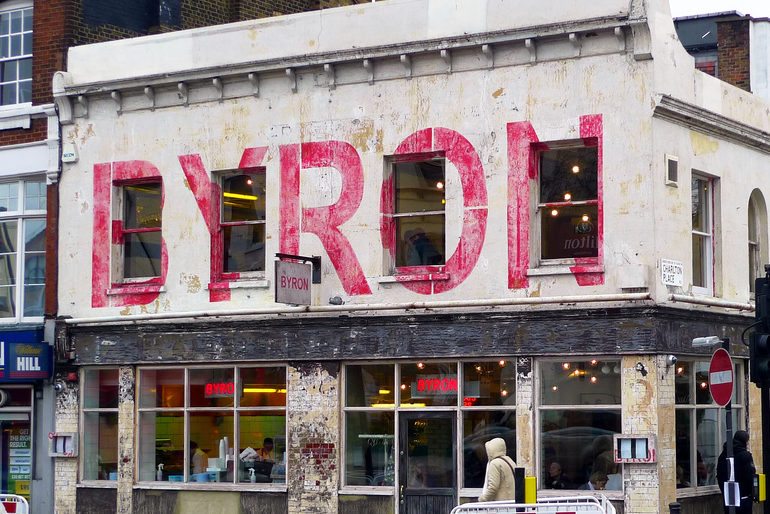 Burger restaurant chain Byron has come under fire after it has been reported that in early July its London managers held a training exercise that served as a front for immigration control to interview and arrest a number of its migrant staff members.

The Spanish language website El Iberico quotes a source from within Byron that says on 4 July, Byron migrant workers from as many as 15 of its branches were brought to a secret location under the belief that they were undergoing training. Within minutes, immigration officers arrived with photographs and names of migrant staff members, predominantly from Latin America.

The fact that the officers already had names and photographs suggests strongly that they had already been colluding with managers. Apparently, this is exactly the case. A manager reportedly said:

We know what’s going on and all this was prepared. This is not training.

According to the source, as many as 50 workers may have been deported following the action on 4 July. They believe that as many 150 evaded arrest, but may currently be in hiding.

For migrant workers across the UK, Prime Minister Theresa May’s words as Home Secretary will no doubt be ringing in their ears.

Among such initiatives as the “go home” immigration vans, May notably said of immigration:

When immigration is too high, when the pace of change is too fast, it’s impossible to build a cohesive society.

Her response, of course, has been to crack down on immigrants however possible – be they refugees or international students.

While those employed at Byron might not have had the required documentation, it is the obligation of the employer to ensure that these are in order before hiring. According to the witness quoted in El Iberico, the restaurant chain knows this all too well – when asked for an explanation, the manager that had organised the fake training exercise reportedly said “the company would go bankrupt” if it had to pay a fine for every employee in the country without correct paperwork.

The source estimates that as many as 100 such workers may be employed in the company’s London branches alone.

When approached for comment by The Canary, Byron could not be reached. According to quotes elsewhere, the burger chain has explained:

We have a long and close collaboration with the Home Office.

Looking at other reports, Byron are not the only ones. The East London Revolutionary Communist Group describes a witness account from a member of Deliveroo staff describing how police, immigration officers and DWP officers entered the office:

As in the Byron case, officers came armed with staff photographs and names already, strongly suggesting collaboration with staff. In both cases, it is uncertain whether the workers were paid any monies owed to them by the company before they were deported.

It can be assumed that neither corporation received their fine.

Show your solidarity for the workers of Byron by attending the protest on 1 August and backing #boycottByron.