A horrifying massacre just happened, and it's the country's worst since WWII - Canary 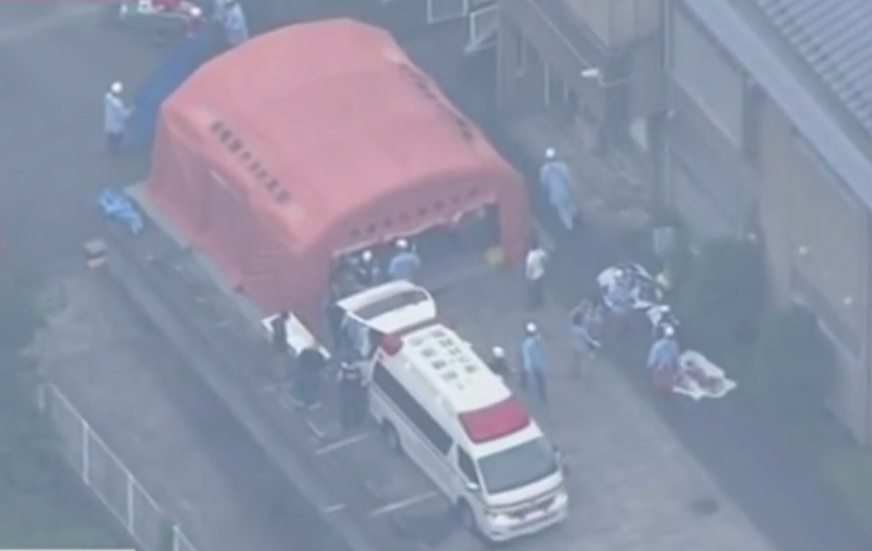 As hate crimes explode all over the globe, Japan has just experienced one of its worst in decades. On 26 July a man broke into a disability care home and slaughtered 19 of its residents, injuring many more.

Japanese police are yet to make a statement on what they believe motivated 26-year-old Satoshi Uematsuhe to commit the brutal murders. But, as commentators are starting to realise, hate is at the core of the crime. As it is in the case of numerous tragedies over the last week.

But why is it happening with such frequency? And, importantly, what are we going to do about it?

‘I am not able to contain myself’

Uematsuhe had worked at Japan’s Tsukui Yamayuri-en home for the disabled from 2012, until he was fired in February of this year. Around that same time he had tried to deliver a letter to the Japanese parliament outlining his offer to euthanise “a total of 470 disabled individuals”. In the letter, he explained:

My reasoning is that I may be able to revitalise the world economy and I thought it may be possible to prevent World War III.

Shortly after his offer to parliament, he was committed to a psychiatric hospital for 12 days. In the hospital he was diagnosed with paranoia, but released after showing signs of improvement.

As is obvious from Uematsuhe’s belief that murdering the disabled would “prevent World War III”, mental health issues are a major factor in this case. But this is certainly not the only case where that is true.

The 27-year-old Syrian who recently detonated a bomb which killed him and injured 15 other people in Ansbach, Germany also had a history of mental health problems. As did Muhaydin Mire, the man who attacked people in Leytonstone tube station in December 2015.

Commonly, the latter two examples are labelled as ‘terrorism’, due to the ethnic or religious background of the perpertrators, and segmented in the public’s mind as a ‘different’ type of violence, where the revelancy of mental health takes a back seat. But, contrary to that narrative, there is a lot that connects such crimes, in the lives of the assailants.

The poor management of mental health regularly feature in these violent incidents, so if government’s around the world want to get tough on violent crime, they have to get serious about prioritising mental health provision.

In his letter to Japan’s government Uematsuhe expressed his desire for “a world that allows mercy killing”. From the evidence available so far his reasoning is that, after “thinking about the tired faces of guardians…the dull eyes of caregivers working at the facility”, it was a mercy to murder.

But violently targeting individuals because of the social group they belong to is not an act of mercy, it is an act of hate. It is the very epitome of prejudice to deem an entire group of people not worthy of life due to their particular status. And it is a gross display of intolerance to view mere difference as something that needs to be excised.

Intolerance, prejudice and hate have been stoked on a global scale by those able to benefit from it. David Cameron’s government encouraged revulsion for benefit ‘scroungers’ in order to shrink the state to the miniscule size it idealises, but that had severe consequences for disabled people in Britain. Those spearheading the Brexit campaign spared no effort in vilifying foreign-born citizens in order to persuade voters to leave the EU, leaving a 525% increase in hate crimes in their wake.

And all world leaders, past and present, who have ignited fear over Islam and the Middle East in order to justify a perpetual state of war – and infinite profits for their countries’ arms dealers – now see rampant Islamophobia, the emergence of Daesh (ISIS), and a possible Donald Trump presidency as the fruits of their labour.

If tolerance, understanding, fairness, and the value of all life – no matter from whence it came – were truly embraced as the guiding principles of our societies, the regularity of violence would likely diminish.

And surely a useful place to start would be if the powerful lead by example.

Read our other articles on international affairs.