More voters know names of all 3 members of Hanson, than recognise Owen Smith - The Canary 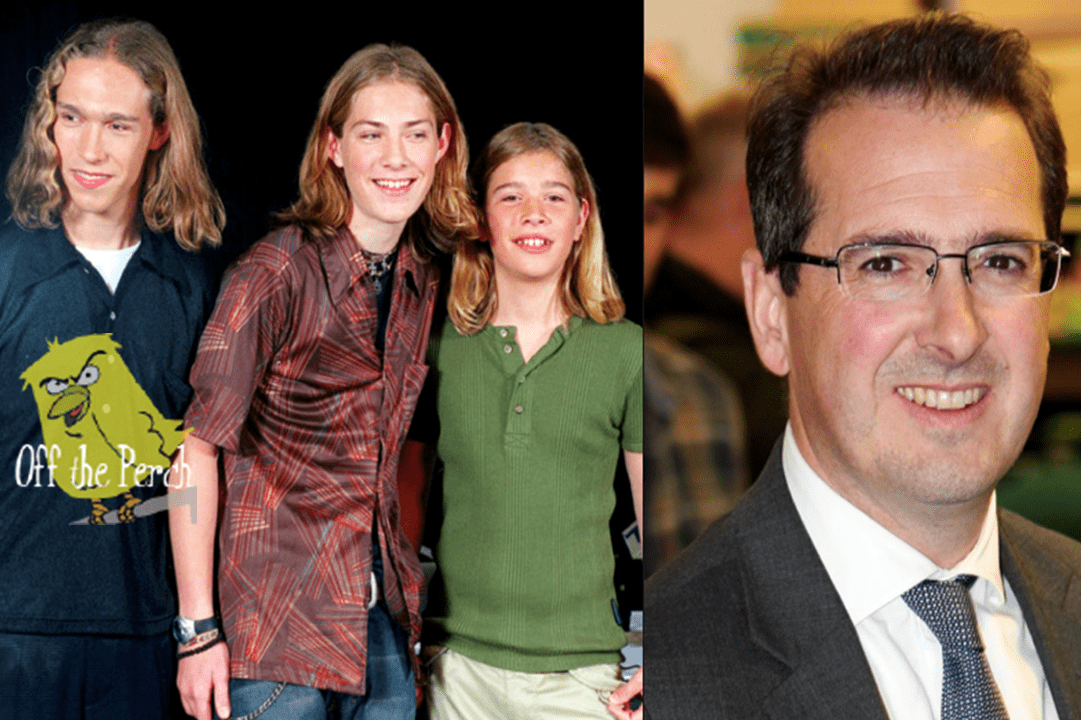 In a study put together by the Genius Institute of Pandyland, more UK voters were able to correctly name all three members of 90s pop group Hanson than could identify Labour leadership challenger Owen Smith.

The Genius Institute interviewed 5,000 people in high streets across the UK, showing them first a photo of Hanson and then one of Owen Smith. While 3,745 of those interviewed successfully identified all members of the Oklahoma-based trio, just 4 were able to identify the Labour MP attempting to oust Jeremy Corbyn.

Incorrect guesses for Owen Smith included Loyd Grossman, Alan Partridge, and “that bloke who sold me my vacuum cleaner”.

Off The Perch spoke to one of the respondents, 35-year-old Josie Watkins, who named the members of Hanson successfully, but could not name Smith.

OTP: So Josie, you named all three members of Hanson correctly?

Josie: I absolutely loved MmmBop. I went to see them at the Smash Hits Poll Winners Party in 1998 with my mates and everything. I had a proper crush on Taylor. Zac was just adorable. We all thought Isaac was a bit gimpy, except our mate Claire who fancied him something rotten. No accounting for taste though, is there?

OTP: Indeed. So, you don’t know who this man [points to image of Owen Smith] is then? No idea?

Josie: Honestly, he’s got one of them familiar faces. If you pushed me on it, I’d swear he was the bloke who did our insurance up the brokers in the high street.

Josie: What?! But Corbyn’s leader of the Labour party. Oh my god, did something happen to him?!

OTP: Oh no, no. He’s really fine. It’s ok. Just, the MPs in parliament…well they launched a coup. They want him out. And they want to replace him with Owen Smith.

Josie: Are they f*cking mad?!

Josie: What f*cking planet are they on? Corbyn’s the first politician I’ve given a sh*t about in years. All my mates love him. I signed up as well, to be part of Labour. Going to my first meeting next week. I can’t believe that though. What a bunch of knob ends.

Josie: [picks up phone and dials a number] Oi Trish, you won’t believe this. Labour have only gone and tried to get rid of Corbyn….yeah….with some shady-looking dude that no-one’s ever f*cking heard of…

Incumbent leader Jeremy Corbyn is believed to be unstoppable in the forthcoming election, with bookies giving odds as ridiculous as 1/6 in favour of his re-election. By contrast, the best odds to be found on Owen Smith are placed at 4/1. The Genius Institute will perform the survey again in a week’s time, replacing Hanson with The Eagles, in the hope of a better outcome for Smith. If that still doesn’t work, it’s thought they may resort to ‘push-polling’ with the question: “What is Owen Smith’s name?”