Are you Labour People or Lizard People? [POLL] - Canary 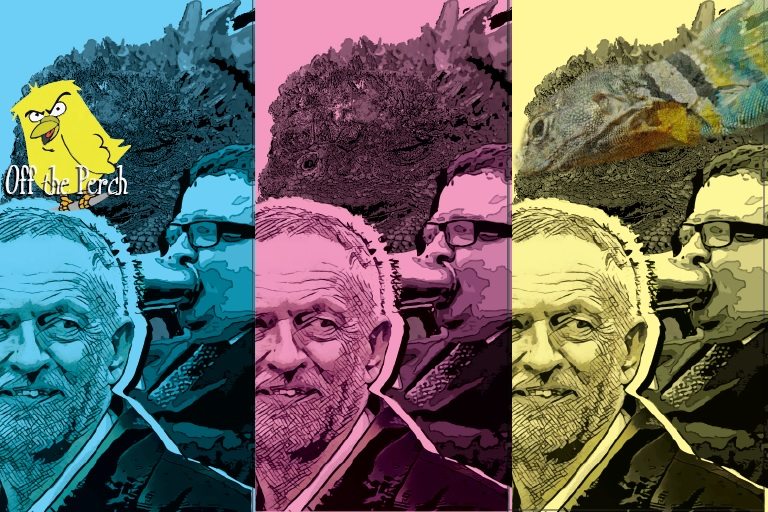 Off The Perch has been busily hovering over Labour’s Battle Royale in recent weeks, and our efforts appear to be paying off. While skulking around the outdoor tables of an elite bar frequented by the wealthy and unprincipled, we found a poll designed by Camp Coup which had been sloppily left lying around unattended. Its designer? Self-proclaimed super-radical “socialist” hero and Labour MP Jess Phillips.

In her endless search for unity in the Labour Party, Phillips has made it incredibly clear [paywall] that “principled opinion” is an undesirable quality. (That’s unless your principled opinion is that politicians shouldn’t have principled opinions, of course – then you’re golden.) She’s also told the country to trust her and her parliamentary colleagues when they lecture voters about how Labour leader Jeremy Corbyn is unelectable, while simultaneously saying MPs should stop talking at citizens as if they know best.

A regular treasure trove of confusing philosophical wisdom, she is.

In a recent Twitter debate about new non-corporate media outlets, Phillips and her fans revealed their true feelings about people who are sick of the right-wing bias in the mainstream British press.

Always the advocate of a comradely debate, Phillips called for those commenting “to be nice to each other” before taking out the knives herself (and we all know how much she likes her knives).

Much like others who’ve launched insults at Jeremy Corbyn sympathisers and called them “thick“, Phillips said those supporting the alternative media were “deluded“. Another Camp Coup supporter also joined in the knife play, suggesting that they all believed the world was controlled by lizards.

To test this theory, Phillips and her comrades at Camp Coup designed a poll to determine who should be considered acceptable members or supporters of the Labour Party and who, on account of their lizard-related beliefs, should be thrown on the political scrapheap of undesirability.

This is the poll skillfully obtained by our investigative team at Off The Perch.

Originally called “Labour Right or Labour Wrong?”, the poll was finally titled in a way thought to be much less offensive to participants: “Are you Labour People or Lizard People?”

In the interest of transparency, Off The Perch has published the poll below so our readers can find out which camp they’re in.