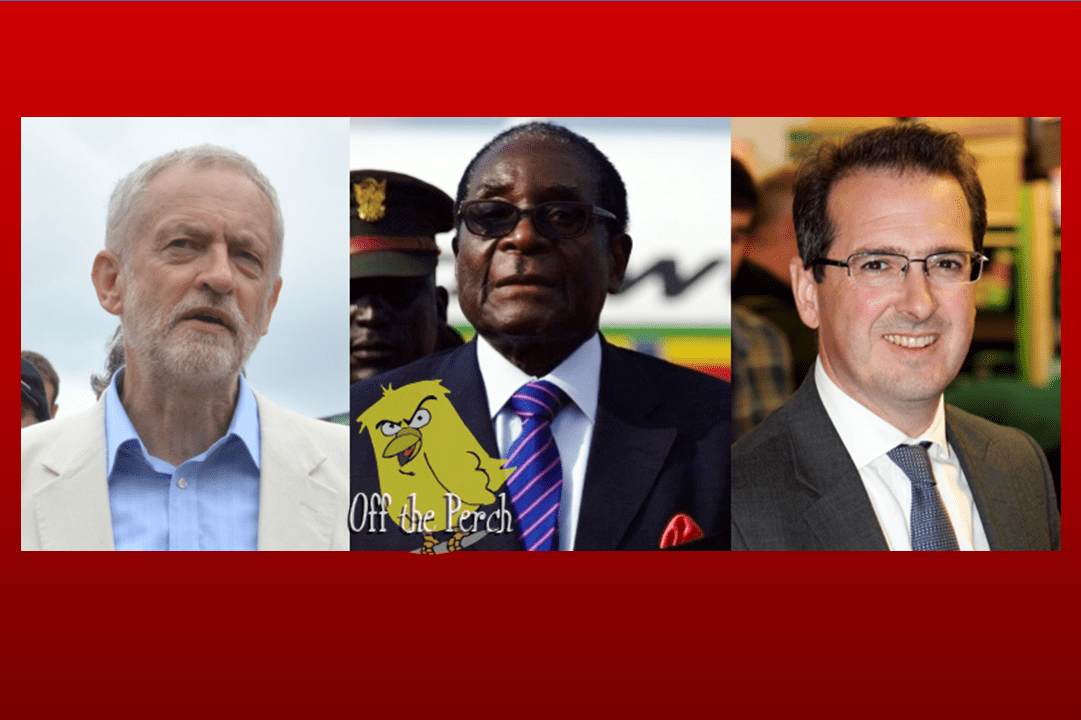 The Labour party’s ruling National Executive Committee (NEC) today announced the appointment of Zimbabwean dictator Robert Mugabe to oversee the leadership election between Jeremy Corbyn and Owen Smith. Mr Mugabe will review the processes and procedures of the election to evaluate fairness.

The decision comes at a challenging time for Labour’s NEC, which is fending off criticism for purging high numbers of Corbyn voters in efforts to deliver a win – or at least a more acceptable loss – for coup candidate Owen Smith. Critics suggest that the employment of a bona fide dictator sends the wrong message to those with concerns about the party’s commitment to democracy. But Avin Yuwan, spokesperson for the NEC told Off The Perch:

These concerns are, frankly, racist. The Trotskyite entyists attempting to takeover the party are known for their rampant bigotry, and this is just another example to add to that sorry list.

Mr Mugabe has a long and distinguished history as a leader, a humanitarian and a democrat. He has won 7 consecutive terms in power, leading his country for 36 years. Obviously, that is threatening to people who care more about providing an opposition than leadership. We are thrilled to be working with him.

When asked about the ethnic cleansing of more than 20,000 of his own citizens in the early 1980s, and widespread reports of electoral fraud enabling his continued grip on Zimbabwe, Yuwan responded:

I never expected a fair hearing from Off The Perch, but this is outrageous. This country is crying out for the sort of strong leadership exhibited by men like Mr Mugabe, and women like Theresa May, and all you people do is carp on about ‘human rights’ this, and ‘democracy’ that…

At this point, Off The Perch reminded Mr Yuwan that he was a representative of the Labour Party, and his commendations for Conservative Prime Minister Theresa May seemed inconsistent with that role. The Labour NEC spokesperson promptly disappeared in a puff of smoke, and was replaced by a small cat wearing a sign which read: ‘Look at me, I am adorable.’

We forget what happened next…hmmm, cat.