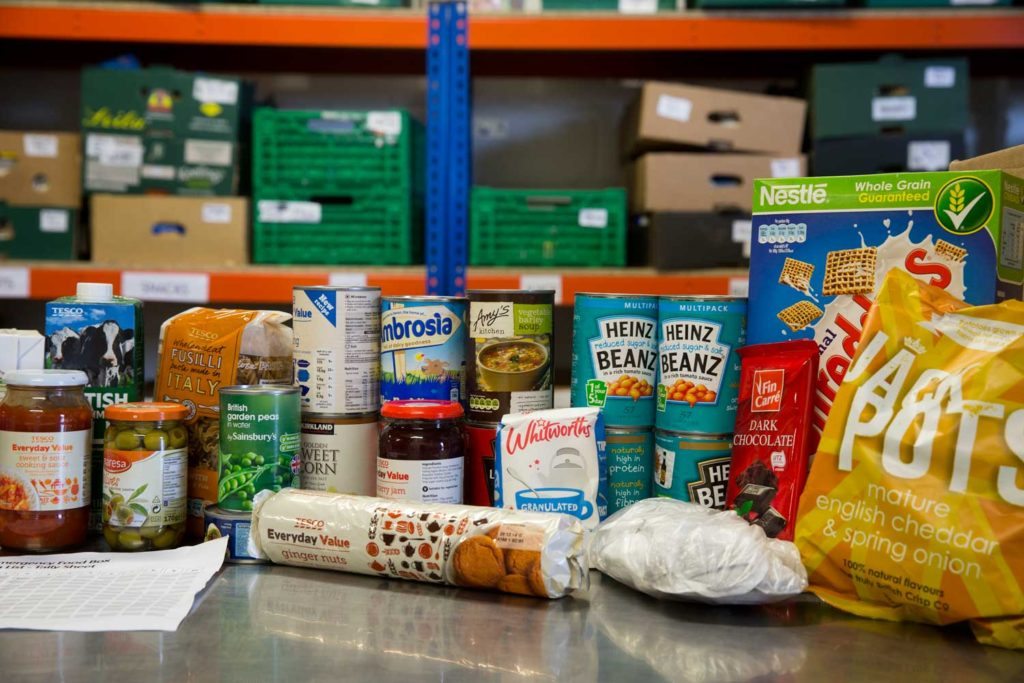 Since the beginning of Austerity in 2010, there has been an exponential rise in the number of British people reliant on food banks to eat. Today, more than a million people find themselves in such circumstances. But now, even the food banks themselves are coming under attack, as looters pillage their supplies to sell or distribute elsewhere.

The most recent attack happened at the Stratford Food Bank located in St Paul’s Church, which was robbed of 80% of its supplies overnight – leaving the food bank unable to meet the challenge of feeding hungry people the following day. Labour MP Lyn Brown announced the robbery on social media.

The Canary contacted St Paul’s church, which confirmed the attack had taken place. Reverend Jeremy Fraser told The Canary that while the attack itself was devastating, “we are seeing it as something which has allowed the local community to come together and do something positive.”

Indeed they did. Twenty churches in the area gathered more than £600 in cash donations, and others in the community, including a local school (Chobham Academy) showed up with bags of food. The community successfully rallied to support both the church, and those reliant on their aid.

The attack on St Paul’s comes just weeks after a Fulham food bank had its windows smashed and supplies stolen. Manager Daphine Aikens told The Chronicle:

It is really sad that somebody was so desperate they felt they had to break into the store room. If they had come and asked we might have been able to help.

It is a sad indictment of our society today that somebody feels they have to steal from the food bank.

Similar attacks have taken place all over the country, including high-profile cases in Newcastle, Reading, and Birmingham.

Britain is hungry. The figures from the Trussell Trust, Britain’s largest network of food banks reveal a staggering rise in emergency food dependency across the country. As shown below, food bank dependency was virtually a non-issue in 2008/9, but now accounts for one in every 60 adults in the UK.

This dependency comes as a direct result of cuts and delays to welfare. In short, the people dependent on welfare to eat have had that welfare delayed or removed, leaving them at the mercy of charity. 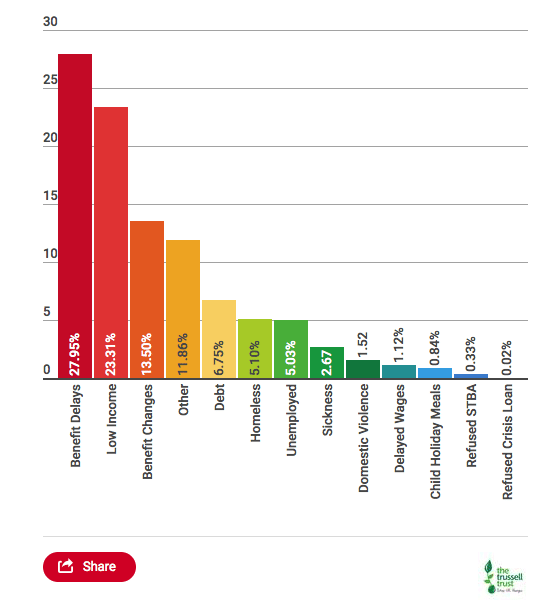 These ‘welfare reforms’ were sold to the public as a means of putting those who can back to work, and better supporting those who truly cannot work. In reality, it has been about stigmatising all those dependent on the welfare state, in order to redirect funding to other projects – like tax cuts and taxpayer-funded subsidies for wealthy individuals and corporations.

According to the Institute for Fiscal Studies, the Treasury is receiving £10.8bn a year less than it would have been without the cuts to Corporation Tax made by former Chancellor George Osborne. The Treasury is also losing almost a billion pounds a year on Osborne’s tax cuts on capital gains. To put this in perspective, the entire predicted savings in welfare cuts amount to £12bn, proving these cuts were a choice.

The Cameron government chose to cut taxes for the wealthy, and paid for them by removing critical support from the poor. This has left large swathes of the country, working and non-working poor, in dire straits.

What does Theresa May’s government plan to do about this? May plans to move Britain to a model of ‘social insurance’. No doubt, this will mean the introduction of a hefty bureaucracy managed by private sector companies, and the chance to bleed yet more profit from the already over-burdened welfare state. All the while, the simple model of pooling our resources to protect and enable any of us who need it is demonised and undermined – and the most vulnerable groups in our society are paying the price.

You can support the work of the Trussell Trust here.