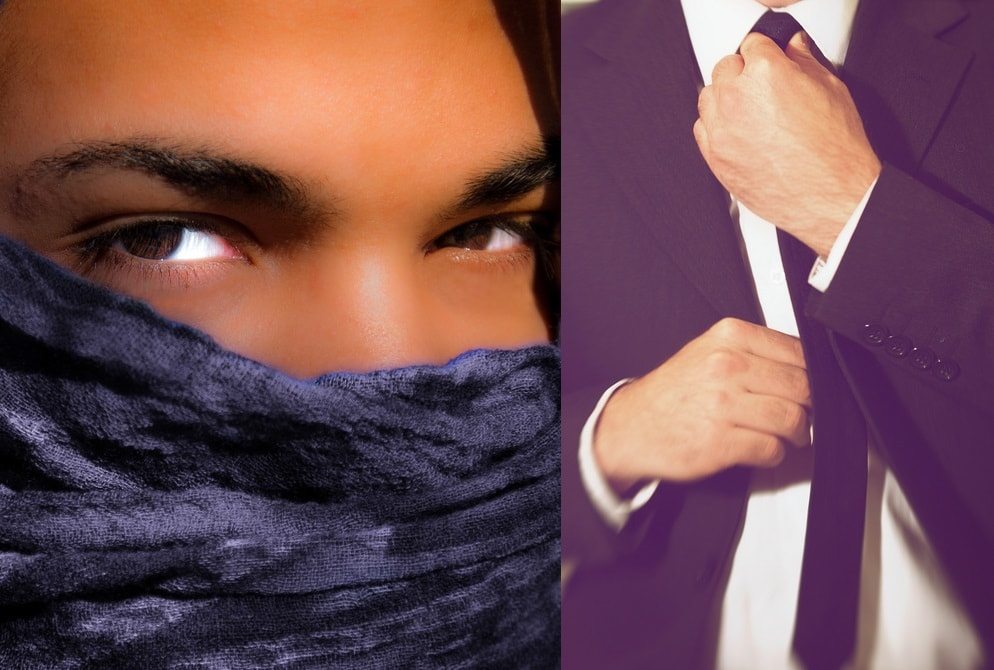 A man’s letter to the Guardian has gone viral, for all the right reasons. Henry Stewart flipped the burka ban on its head (no pun intended), destroying the logic of bigots everywhere:

No woman in a burqa (or a hijab or a burkini) has ever done me any harm. But I was sacked (without explanation) by a man in a suit. Men in suits missold me pensions and endowments, costing me thousands of pounds. A man in a suit led us on a disastrous and illegal war. Men in suits led the banks and crashed the world economy. Other men in suits then increased the misery to millions through austerity. If we are to start telling people what to wear, maybe we should ban suits.

Bravo. Of course, Stewart is not really suggesting that we should ban suits. He is pointing out that appearance and attire do not determine a person’s actions. Meanwhile, his comment simultaneously shifts the crosshairs away from a scapegoated minority and towards the real architects of the economic crisis – the powerful elite.

Last week, Nice police forced a woman to remove some of her clothing after a controversial ban on the burkini in some French towns. Shared over 100,000 times, the physical reality of the authoritarian move struck a chord with many. In response to the killings of 86 people on Bastille Day, Nice has banned clothing that:

But, as Stewart’s comment in the Guardian explains, clothing is, evidently, not the reason extremist attacks happen. Whether Tony Blair was wearing a suit or a hijab is irrelevant. What matters is that he took Britain to a war that led to the deaths of up to a million Iraqis, on false pretences.

So, do we ‘polish’ society to appease Islamophobes through banning religious clothing? Or do we address the underlying conditions that provide fertile ground for violent extremism?

Let’s take heed of Stewart’s lesson in his Guardian letter. Restricting freedom of expression through clothing will solve nothing. A tiny minority of Muslims are retaliating violently to Western imperialism and staggering global inequality. This does not mean we should ban their clothes.

On the flip side, just because the underlying socio-political causes of extremism are perpetrated by politicians, like Blair and Bush, it does not mean we should ban their suits. It means we should vote in people better equipped for the job.

Check out Unite Against Fascism.