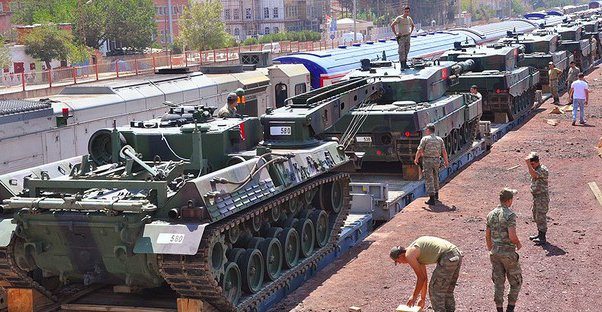 The US and Turkey have launched a bloody offensive against the Kurdish-led Syrian Democratic Forces which is adding fuel to a fire already raging in the region.

The invasion of northern Syria by Turkey was not triggered, as Ankara claims, by the latest suicide attack on Gaziantep, which saw scores of Kurdish civilians dead or injured, but was the culmination of a plan hatched around 18 months ago, with subsequent US approval. Although, it seems Turkish president Erdogan failed to fully brief Washington on his plans to attack US allies, the Kurdish-led Syrian Democratic Forces (SDF).

Secret negotiations between Turkey and Syria were conducted by Turkish intelligence officers and former military heads, accused of being part of Turkey’s ‘deep state’.

These talks took place in parallel with a campaign of terror in Turkey, aimed mainly at Kurds. According to evidence released by Wikileaks – see below – this campaign was engineered by state-run death squads directly linked to those same ‘deep state’ forces.

In April this year, 275 people, including former senior Turkish military figures, had their 2013 convictions of plotting terrorist attacks to overthrow then prime minister, Recep Tayyip Erdogan, quashed by the courts.

These alleged plans included the bombing of two major mosques in Istanbul, an assault on a military museum by supposed ‘religious extremists’ and the raising of tensions with Greece by blaming a Turkish aircraft attack on Athens.

Erdogan’s supporters claim that the Ergenekon network – Turkey’s ‘deep state’ – included groups from as far back as the 1950s, formed to carry out assassinations and other clandestine activities. The network was blamed for the murder of prominent writers and intellectuals and disappearances during the so-called Kurdish conflict of the 1990s.

However, the Turkish courts ruled there was no proof Ergenekon ever existed: on the face of it a significant defeat for Erdogan, who was accused of inventing the network, but an outcome that may have even encouraged the 2016 attempted coup.

Another parallel trial saw more than 200 officers detained in 2011 as part of Operation Sledgehammer – an alleged plot to organise terror attacks that could be used as a pretext for military takeover. Former army generals Cetin Dogan, Ozden Ornek and Ibrahim Firtina were sentenced to 20 years each for their part in this operation.

Turkish military personnel and politicians linked to Ergenekon headed negotiations that eventually led to the current deal with Syria and Turkey’s invasion of northern Syria.

Here is a timeline of what happened…

August 2013: Dogu Perincek is a Turkish politician and lawyer who has been chairman of the socialist Patriotic Party since 1992. He was prosecuted and sentenced to life imprisonment as part of Turkey’s Ergenekon trials, but released in 2014.

February 2015: Perincek and Lieutenant General Ismail Hakki Pekin – a retired general who was deputy chief of Turkish intelligence and who was imprisoned from 2011 to 2013 as part of the Ergenekon trials – met up with Syrian officials in ‘back channel’ talks. These talks addressed common interests between Syria and Turkey – in particular the neutralisation of the Syrian Kurds. The Turkish delegation also included Rear Admiral Soner Polat and Major General Beyazit Karatas.

August 2015: Plans by Syrian-based Turkmen jihadists to back a Turkish invasion of Syria were first conceived.

April 2016: A judge ruled that all the Ergenekon convictions were based on faulty evidence and freed all those convicted or imprisoned.

August 2016: Turkish Foreign Minister Mevlüt Çavuşoğlu said that the US and Turkey had been planning ‘Operation Euphrates Shield’ “for a long time” and that US-led coalition forces were given prior warning about the Turkish airstrikes on Manbij on 22 August.

The Turkish delegation to Assad also visited Damascus on three further occasions – January, April, and May of 2016. Hakki Pekin was also present at these meetings (as well as meetings in Algeria).

US complicity in invasion plan

According to Turkish Foreign Minister Mevlüt Çavuşoğlu, Turkey’s invasion of northern Syria had been planned with the US “from the beginning”. (Separate deals with Iran, Russia, the Kurdistan Regional Government (KRG) in Iraq and even the Syrian government were also agreed.)

For its part in the deal the US gained use of the Incirlik airbase in Turkey to deploy aircraft and drones to attack Daesh (ISIL/ISIS).

But it was as far back as July 2015, under a reported no-fly zone deal between the USA and Turkey, that the US agreed to turn a blind eye to any Turkish military action against the Syrian Kurds and their allies.

The [no-fly] agreement did not directly target the Syrian-Kurdish Democratic Union party (PYD), but a counter move will be possible if the PYD and its armed forces, the People’s Protection Units (YPG), threaten the Turkish border, namely bidding to change the demographic structure, according to sources. However, they said the US would not take a direct stance against the PYD, which is now fighting against Isis.

Alongside the secret negotiations by Turkey with Syria, members of JITEM (Jandarma İstihbarat ve Terörle Mücadele or Jandarma İstihbarat Teşkilatı) have been accused of carrying out terrorist attacks against Kurdish citizens in Turkey. JITEM is a wing of the Turkish Gendarmerie, with an estimated 10,000 members. It has been described as a covert death squad.

It has also been described as:

a paramilitary force, an embodiment of the ‘deep state,’ used to enforce national interests. In other words, it is the unofficial military wing of Ergenekon.

The Kurdish enclave of Silvan, whose populace, inspired by the ideas of democratic confederalism, declared autonomy in solidarity with their Kurdish comrades of Rojava (a province in Syria) was believed to have been a target of JITEM atrocities late last year. JITEM is also believed to have been behind the murder of twelve youths in the city of Van and of three women in Silopi.

It would seem that JITEM are so intoxicated with their own power they even boasted of these killings on social media. (The tweet below is an archived copy – the original has been deleted). 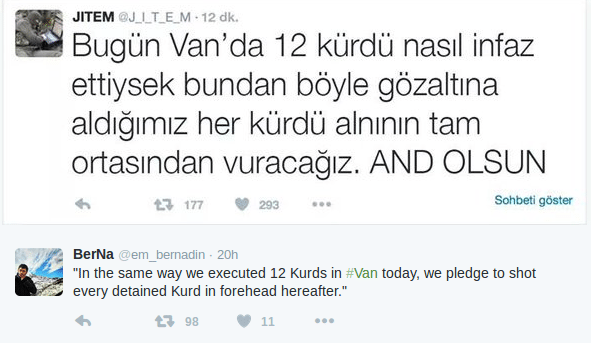 Many believe, too, that bombings ascribed to the PKK were actually carried out by JİTEM. Abdulkadir Aygan, a member of JİTEM and who infiltrated the PKK, confessed to the media that when retired Colonel Abdulkerim Kirca was the head of JİTEM in Diyarbakir, the unit conducted dozens of executions. (The following day, Kirca shot himself in the head.) Aygan also claimed that JİTEM executed between 600 and 700 Kurds in the 1990s and that ‘JİTEM operations always ended in death’. Aygan is now living in exile in Sweden. 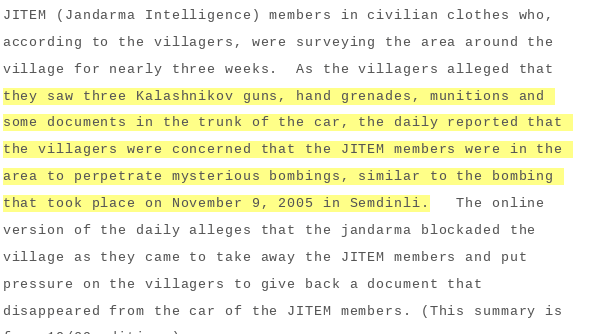 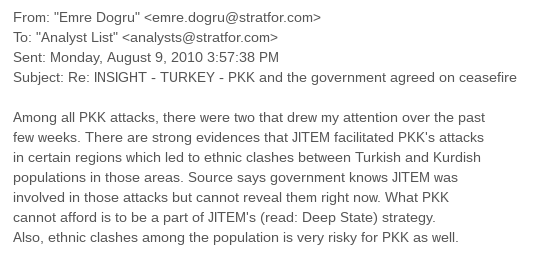 Erdogan’s immediate strategy is transparently simple: a) turn the US against its anti-Daesh allies, b) force the Kurdish-led SDF to the east of the Euphrates, and c) ensure a so-called Safe Zone (i.e. an exclusion zone to separate the Kurdish provinces in northern Syria).