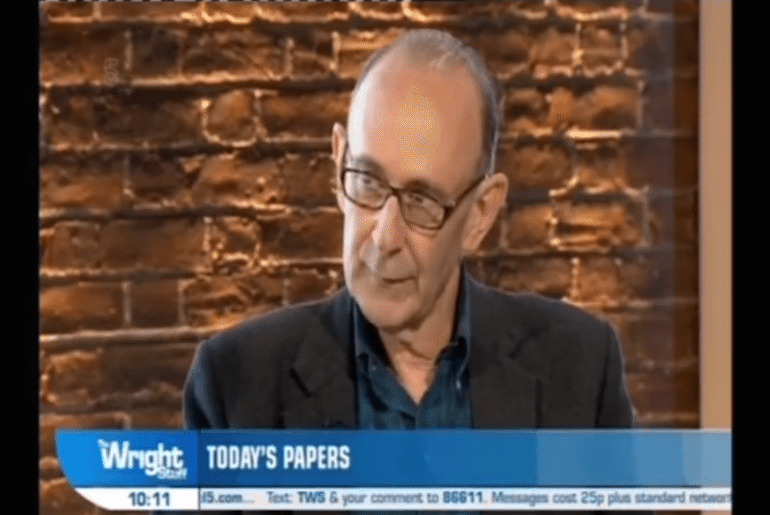 Relationship psychologist Oliver James is a regular panellist on the popular daytime TV show ‘The Wright Stuff’. On the show, which draws around 223,000 viewers each episode, James joins a panel to discuss various topics – from relationship issues to family problems. However, in a recent episode, James went beyond his remit – criticising the establishment and calling out the “right wing Blatcherites” in the Labour Party. Live on air!

During the paper reviews section of the episode, the panellists review a series of stories on Jeremy Corbyn, including the prediction that he will win the Labour leadership campaign with an even bigger mandate. In a discussion on Corbyn’s leadership and the future of Labour, James states:

The only way out is the one that, thank goodness will now be taken, which is to get rid of the right wing Blatcherites who make up three quarters of the Parliamentary Labour Party. A bunch of, you know, people like Caroline Flint. Second rate, low grade politicians. The sort of detritus. The rubbish that’s been cleared out and left at the end of new Labour.

In a response to Wright on the uncertain future of Corbyn’s Labour, James goes on to say:

What’s going to happen is there is going to be a financial crash. People will not believe the economy is safe with the Tories. Corbyn will say we need Scandinavia not America. People will say you’re damn right.

His bold comments have been praised by some of the show’s viewers. In a Facebook discussion about James’ statement, followers stated: 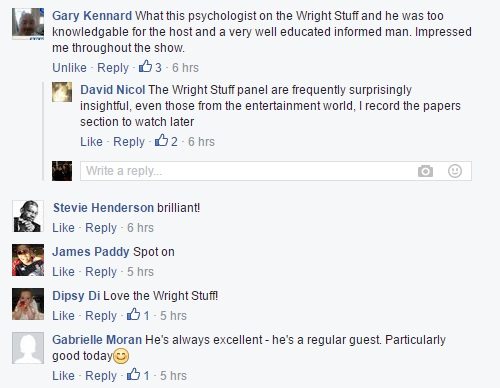 James isn’t shy of addressing controversial topics and is well known for expressing his political opinions, especially on his Guardian blog. In posts which tackle emotional and psychological issues, James also criticises the Conservative government – most often, on its failure to prioritise mental health. Such articles include ‘When Jeremy Hunt can become health secretary, it’s a sign Britain is sick’ and ‘Cameron’s dementia campaign will be a missed opportunity’.

He is also known for speaking out against some forms of capitalism, including in a book entitled ‘The Selfish Capitalist: Origins of Affluenza’.

It’s refreshing to see a panellist on a daytime entertainment show proclaim something so controversial live on air. With the current turmoil in the Labour Party, James certainly would have ruffled some feathers in the Owen Smith camp. For some Corbyn supporters, though, he will be seen as a hero for speaking out.

– See other Canary articles on the subject of mental health.

– Find out more about poor mental health and how to challenge the stigma surrounding it.

– Support the work of the mental health charity Mind.

– Find out more about Oliver James.