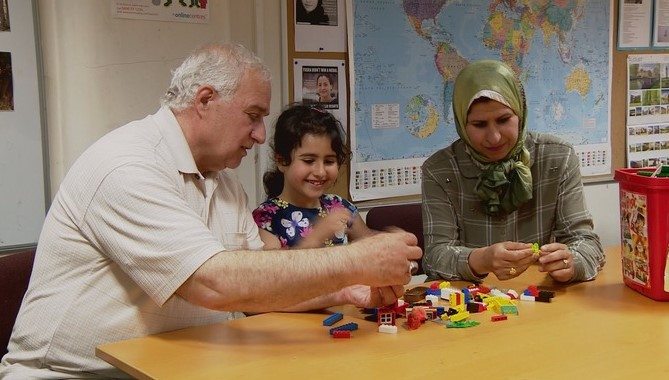 The plight of an Iraqi family desperately trying to claim asylum in the UK highlights the stark failings of our immigration system. It’s a system which would force them back to a country where they fear violence and discrimination – regardless of the fact that a six-year-old child is caught in the middle.

The Al-Dallal family from Sheffield had its claim for asylum rejected after a judicial review, despite living in the UK since 2013. Originally from Iraq, Mohammed Al-Dallal, his wife, and their six-year-old daughter Mariam are facing deportation to Poland. The family lived in that country when Mr Al-Dallal was the cultural attaché to the Iraqi embassy there. But once his contract ended, they were left effectively stateless.

The family cannot return to Iraq because of Al-Dallal’s political past. As a former university professor and diplomat, an attempt on his life was made after he exposed corruption. He was shot several times, suffered abdominal injuries and needed five operations. He and his family then moved to Poland in 2009, where he worked in the Iraqi embassy. But Al-Dallal said that even there they faced threats from Iraqi Intelligence Services.

UK immigration rules state that people should claim asylum in the first safe country they reach. In the case of the Al-Dallal family, this would be Poland. A Home Office spokesperson said:

The UK has a proud history of offering protection to those who genuinely need it. But asylum seekers should claim asylum in the first safe country they reach. Under the Dublin regulations the UK made a formal request to Poland to return the family there for their asylum claim to be considered. This request was accepted by Poland.

But Al-Dallal said they will not be safe there from those in Iraq that want him and his family dead:

Poland is no ‘safe haven’ for refugees and asylum seekers at present. In March, the Polish government reneged on its commitment to take in 7,000 refugees because of terrorist attacks on mainland Europe. But this was not a shock announcement. In October 2015, President Andrzej Duda said the country needed to act to stop refugees bringing in “possible epidemics”. He said the government needed to be ready “to ensure that Poles are well protected against epidemiological risks”.

These sentiments were echoed by Jaroslaw Kaczynski, Chairman of the governing Law and Justice Party – of which Duda is a member. Kaczynski said:

There are already signs of emergence of diseases that are highly dangerous and have not been seen in Europe for a long time. Cholera on the Greek islands, dysentery in Vienna. There is also talk about other, even more severe diseases.

Also there are some differences related to geography, various parasites, protozoa that are common and are not dangerous in the bodies of these people, [but] may be dangerous here. Which doesn’t mean there is a need to discriminate anyone, but you need to check.

Both leaders were heavily criticised for their comments, with many politicians and journalists saying they echoed Nazi propaganda. But it appears to be a feeling shared by many people in Poland. Research from April shows that just 25% of Polish people thought the country should take refugees from the Middle East and Africa – but 60% were happy to accept Ukrainians. Also, in a 2014 survey, 34% of people said that no Muslims at all should be allowed to come to Poland.

It may be of little wonder that the Al-Dallal family wants to stay in the UK. But ultimately, it is because of the best interests of their daughter.

Mariam is a pupil at Hinde House school, where her teachers say she is a good student with a large group of friends. She has lived in the UK for half her life. Mariam said:

My friends are here. My school is here. I know English really well. This is my country now. It’s safe for me. There’s no people killing each other. No fighting. It’s safe here.

Staff at Mariam’s school have written to the Home Office in support of the family’s request to be allowed to stay in Sheffield on humanitarian grounds. Their MP, Gill Furniss, has also got involved, as have various organisations in Sheffield where Mr Al-Dallal volunteers as an English teacher.

Sadly, it would appear that the Home Office is not budging. In cases such as that of the Al-Dallal family, surely it would be sensible to base each asylum decision on its own merits, rather than applying a ‘one size fits all’ approach. But when you have a government determined to appear ‘tough’ on immigration, the lives of individuals – and especially those of children – appear to be merely an afterthought.

– Sign the petition asking the Home Office to allow the Al-Dallal family to stay in the UK.