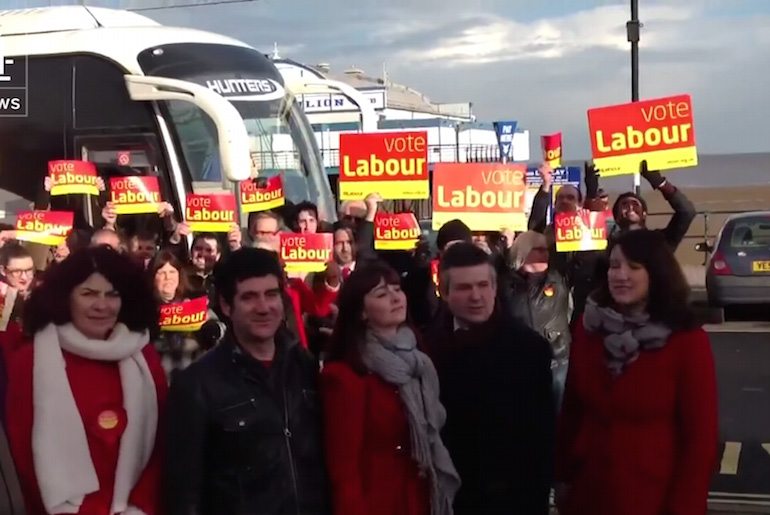 An 82-year-old lifelong Labour voter and member has been expelled by the party for encouraging democracy.

A year ago on social media, she retweeted a post calling for Green Party leaders to be included in TV debates. For the Compliance Unit, that single retweet justified expelling the deep-rooted party member for five years, because it supposedly signified support for the Greens.

With reference to Ian McNicol, General Secretary of the Labour Party, she tweeted:

Considering all of her other Twitter posts are in support of Labour, it seems her retweet was simply trying to expand political debate rather than bolster the Greens.

Labour is supposed to adhere to democratic principles of free and open discussion, not closed off debate. So surely, the member in question was acting in line with party values.

Her argument last year was as follows: UKIP was to be included in the TV debates, so why not the Greens?

The question is: If she genuinely supported the Greens at one point, should that even matter? Considering that Tory MPs can defect to the Parliamentary Labour Party (PLP), people will be confused as to why they cannot defect from the Greens to Labour (for example) and be welcomed for doing so rather than expelled, suspended or disenfranchised.

The Editor-in-Chief of The Canary, Kerry-anne Mendoza, was purged from the leadership election last year for stating on Twitter why she could no longer vote Labour. She explained:

I stated how sad I was to be unable to vote for an outstanding local Labour MP because the leadership of the party were standing on the promise to continue Osborne’s failed austerity programme. Labour used this Twitter conversation as an excuse to reject me from voting.

It appears that, according to these tribalist rules, people have to vote Labour no matter what the party’s values and aims are. Whether the leadership is bombing Iraq or investing in public services, their support must be unwavering. Or they will be barred from participating in the party.

Labour Party members and affiliates have reported a mass purge of Corbyn supporters ahead of the election. A number of supporters have written to The Guardian condemning “double standards over abuse in the Labour party”. And Shadow Chancellor John McDonnell responded after Ronnie Draper, General Secretary of the baker’s union (BFAWU), became one of the disenfranchised. He said the decision was:

shocking, and appears to be part of a clear pattern of double standards

He gave the following examples:

Meanwhile, Corbyn has accused Labour officials of disenfranchising members without giving them a chance to appeal or telling them why.

Back in February, McDonnell called for the end of the Compliance Unit in favour of a more open and democratic process.

Along with the Labour member who was suspended for saying she ‘f*cking loves the Foo Fighters’, the 82-year-old lifelong supporter is one of the most jaw-dropping examples of the purge. Onlooking Labour supporters will be pinching themselves to make sure they are not dreaming. The Compliance Unit has banned a lifelong Labour voter simply for encouraging democracy – supposedly one of the party’s core values.

– Read our other articles on the Labour leadership election and the Labour purge.