There's a new conflict brewing, and it's threatening to break the Middle East - Canary 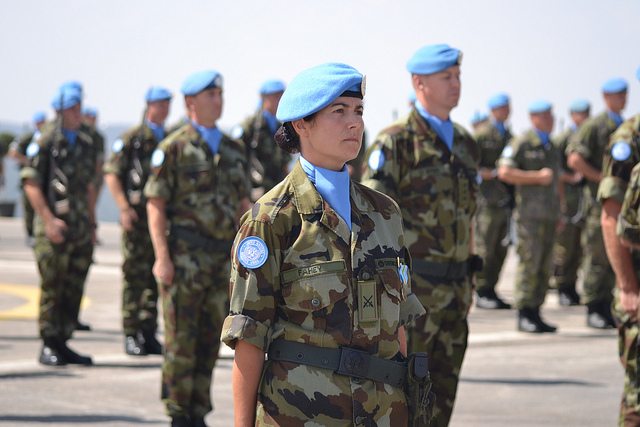 Peacekeeping forces are due to stay in southern Lebanon until 31 August 2017, but violations of a UN-mandated ceasefire between Israel and Hezbollah could lead to a conflict that would push the Middle East even further towards breaking point.

A new UN Security Council resolution was unanimously adopted on 30 August 2016 to keep peacekeeping forces in Lebanon and monitor the truce between Israel and Hezbollah. The latter was formed in the wake of the 1982 Israeli invasion with the aim of resisting Israel’s occupation of Lebanese territory (which officially ended in the year 2000).

This resolution has come amid concerns that there’s been “limited progress” towards a permanent ceasefire solution and towards ending violations of the mandate. The preamble of the new resolution 2305 warned that:

The UN has issued mandates in Lebanon since 1978, due to ongoing national and international hostilities and Israel’s 18-year occupation of Lebanon.

The most recent resolution, however, refers to a situation that has been bubbling under the surface since 2006, when Israel and Hezbollah engaged in a 34-day war which officially ended inconclusively.

Accounts recall that around 1,300 Lebanese people (mostly civilians) and 165 Israelis (mostly soldiers) were killed in the conflict. Flare-ups have occurred ever since the ceasefire was brokered under UN resolution 1701.

Gearing up for war?

Many have been fearing that an Israel-Hezbollah war is inevitable.

For Israel, Hezbollah must be incapacitated or destroyed; war becomes inexorable by implication.

Indications that Israel is ‘readier‘ for war with Hezbollah have been emerging in recent months. The Washington Institute, meanwhile, which is supported by the American Israel Public Affairs Committee (AIPAC), has previously laid out how Israel would defeat Hezbollah in another war.

Others have accused Hezbollah of preparing for war, claiming it is constructing tunnels and amassing barrel bombs and various other ammunition in order to fight its adversary.

Some more pragmatic commentators may justifiably insist that Hezbollah is pre-occupied with its role in Syria at the moment, as it continues to support the Assad regime in the west of the country.

As the UN stated, the region can hardly afford yet another conflict. There are currently conflict-related humanitarian crises in Iraq, Libya, Yemen, Gaza, and South Sudan. Tensions and military action in the West Bank, south-east Turkey, and Egypt are also heating up and threatening to boil to the surface.

So while a third of the region lies in turmoil, with international powers further complicating matters, the warnings of the UN Security Council do not bode well for a more peaceful future in the Middle East.