Brexit was a massive protest against the establishment, and here's the evidence - Canary Workers’ Co-op 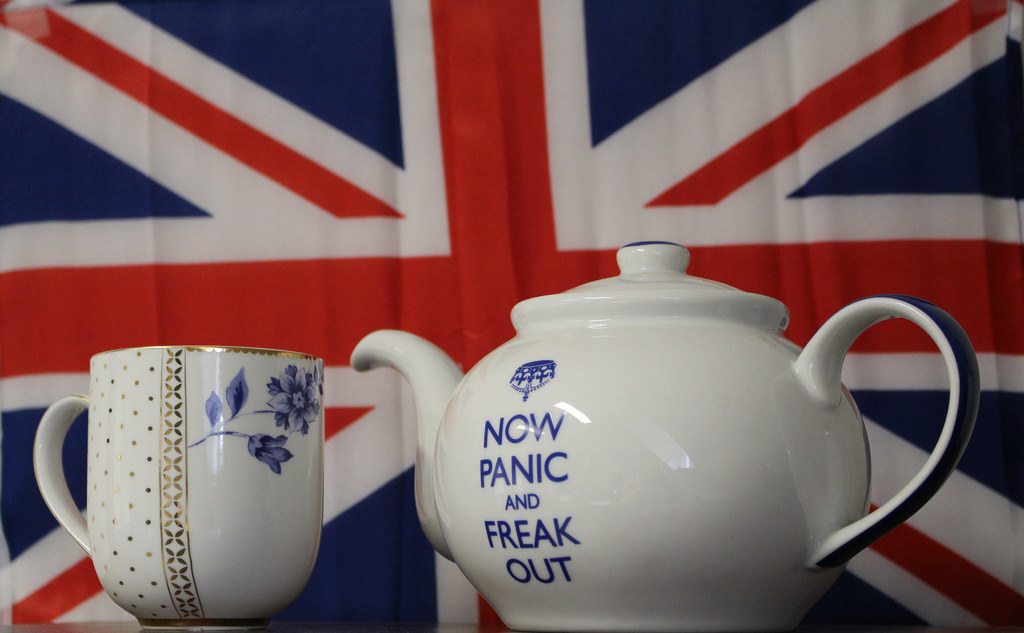 New evidence has revealed that the vote for Brexit was an apparent protest against the UK establishment, by the poorest in society. The Joseph Rowntree Foundation (JRF) commissioned research by the University of Kent into the breakdown of the EU referendum vote. The results were conclusive, and politicians ignore them at their peril.

The study was carried out by Professor Matthew Goodwin, Kent lecturer in politics and international relations and Associate Fellow at Chatham House. Overall the research shows that groups of voters who chose Brexit fell into clear categories: those on low incomes, those who have few qualifications and those who work in routine occupations. In short, it shows how the UK’s decision to leave the EU was divided across economic, educational and social lines as the poorest households and those of the unemployed were more likely to vote to leave compared to those of the wealthiest and in full-time employment.

Of households with incomes of less than £20,000 per year, support for ‘leave’ was 58% but in households with incomes over £60,000 per year, support for leaving the EU was only 35%. Unemployed people and those looking for work were far more likely to support Brexit at 59% than those in full employment, who made up 45% of the cohort.

People in low-skilled, routine and manual jobs were also much more likely to have voted for Brexit at 71%. Compare this to those who work in more secure professional roles, amongst whom the Leave vote was 41%, corroborated by data from the British Election Survey (BES). 58% of those who felt that their financial position had weakened in the past year voted ‘leave’ as compared to 44% of those who felt their finances were better.

But somewhat ironically, the data also shows that while those who voted to Remain cited the economy as their main driver, those who voted Leave did so to end perceived EU bureaucracy. But as The Canary previously reported, the economic outlook after Brexit is not good. Forecasts by the Resolution Foundation indicate that by 2018, each worker will be £615 a year worse off in real terms. For each household this equates to around £680 a year.

People with no qualifications voted to leave the EU by 75%. This was compared to just 27% of those with a postgraduate degree. Support for leave was about 30 percentage points higher among those with GCSE qualifications or below than it was for people with a university degree.

Geography also played into this – looking at all levels of qualification, people were more likely to vote Leave if they lived in low-skill areas than if they lived in high-skill areas. This is most starkly seen for those with A-levels or degrees. In apparently low-skill communities, the proportion of A-level holders and those without qualifications voting leave was very similar – such as Tendring, Clacton where over 70% voted for Brexit. In perceived high-skill areas, their vote to remain was more closely aligned – such as in Cambridge where over 70% voted for Remain.

Combining all this information displays what many people already know. That it was the working and precariat class that voted for Brexit as well as the most disenfranchised, as The Canary previously discussed.

The ‘lost’ towns of the UK

Middlesbrough voted to leave the EU by 65.5%, making it one of the stronger Brexit towns in the UK.

It was ranked in 2015 as the most deprived town in England, based on the number of impoverished areas within it – over half of its neighbourhoods, an increase since 2010 and pegged amongst the top ten since 2004.

Middlesbrough ranked third in the Employment Deprivation Index based on claimants for Jobseekers Allowance, Incapacity Benefit, Employment and Support Allowance, or Severe Disability Allowance. A quarter of the population is considered to be living in income deprivation – in other words, within families who are staggeringly poor.

The child poverty rate is 37% in the town and the ward of Thorntree has the highest rate at a shocking 61% equating to 1,288 children. Overall, these figures mean that more than 9,000 children live in poverty in Middlesbrough.

Other key statistics show that:

All of the above by no means indicates that the poorest in society didn’t know what they were voting for. On the contrary, they probably did. As Ethnologist Lisa McKenzie, from the London School of Economics, prophetically wrote in The Guardian on 15 June:

Over the past 30 years there has been a sustained attack on working-class people, their identities, their work and their culture by Westminster politics and the media bubble around it. Consequently they have stopped listening to politicians and to Westminster and they are doing what every politician fears: they are using their own experiences in judging what is working for and against them.

Working-class people in the UK can see a possibility that something might change for them if they vote to leave the EU.

For them [the EU referendum] is about the precarity of being working class. When people’s basic needs are no longer secure and they want change. The referendum has opened up a chasm of inequality in the UK and the monsters of a deeply divided and unfair society are crawling out. They will not easily go away no matter what the referendum result.

Indeed, those ‘monsters’ have crawled out and are scratching at the door of every politician in the UK. And MPs ignore them at their peril. Because the poorest and most disenfranchised in society have sent out a clear message: that their voices will be heard, no matter what people in Westminster say. So now, politicians need to listen and quickly, before an even louder message is sent. Because next time, it may not be via the ballot box.

– Read The Canary’s other articles on the EU referendum and Brexit.