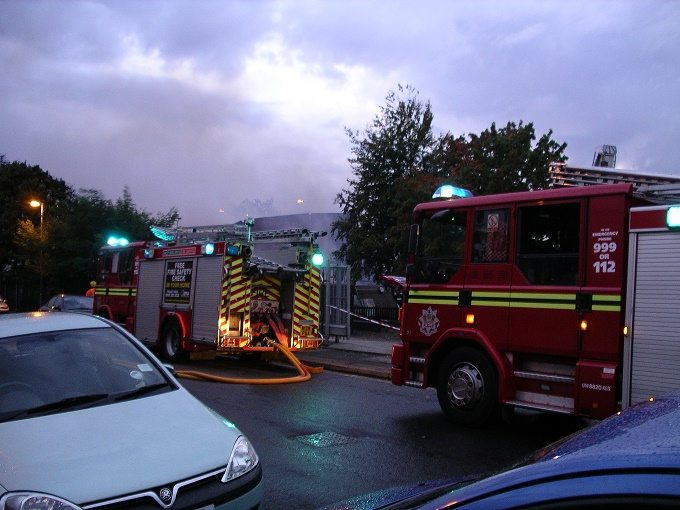 The government came under heavy criticism on Wednesday, after it quietly announced plans which may put schoolchildren’s lives at risk. The Conservatives are scrapping the requirement to have fire fighting water sprinkler systems installed in all new schools, claiming it is in line with building regulations. But Labour and fire fighting associations have hit back at the move. And the likelihood is that a cost saving exercise is underway.

In an update to a Design for Fire Safety in Schools document, the Department for Education (DfE) stated that:

The Building Regulations do not require the installation of fire sprinkler suppression systems in school buildings for life safety and therefore [guidelines] no longer include an expectation that most new school buildings will be fitted with them.

The policy of recommended sprinkler systems was introduced by Labour Schools Minister Jim Knight in 2007. Research conducted by the Chief Fire Officers Association shows that between 2003/04 and 2013/14 there were 5,132 fires in educational buildings, resulting in 148 casualties. And in 2012/13 alone there were 635 fires; more than one a day.

appears to have relegated the principles of property protection to an afterthought … Many of our members see no reason to change the current policy of a risk-based approach for the requirement to install sprinklers in schools and urge the Department to reconsider.

There have been several cases of fires in schools just in the past month alone. Selsey Academy in West Sussex was set ablaze on the 21 August, with 10 fire engines in attendance and dozen of homes evacuated. On 24 August 12 fire crews were sent to the Cecil Jones Academy in Southend, Essex, where firefighters had to use water from a nearby swimming pool to help bring a blaze under control.

This is a retrograde step that doesn’t make any sense. Sprinklers don’t just save lives, they prevent fires from spreading and causing significant damage and disruption to our children’s education.

This news comes in the wake of the chaos in April surrounding Private Finance Initiative-funded schools in Scotland being closed over safety fears. In all, 17 schools were shut and First Minister Nicola Sturgeon ordered 32 councils to carry out safety assessments on every school under their control.

A disgrace, Tory Ministers are to remove requirement to have water sprinklers fitted to new schools,sneaking announcement out on DfE website

Fortunately, casualties from fires in schools in the UK are extremely rare. But this surely must be, in part, due to the robust systems that are in place to protect children. And these include the installation of sprinkler systems. Aside from the obvious protection of children, research shows that the systems actually save money in the long run. It would seem that, once again, the Tories are putting a price on the UK’s education system. But this time, it’s one which could end in tragic consequences.

– Write to your MP to object to the Tories plans.