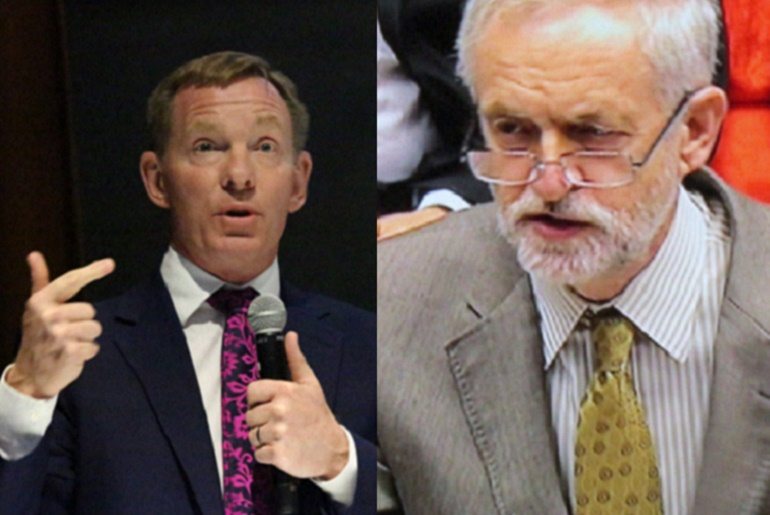 Labour MP and Owen Smith supporter Chris Bryant has used the death threat fiasco, which has affected MPs from all parties including Jeremy Corbyn, to criticise Corbyn’s leadership.

At the weekend, a death threat was sent to more than 50 politicians, including Labour’s Jeremy Corbyn, the Conservatives’ David Cameron and the SNP’s Douglas Chapman. The threat contained a photograph of a decapitated man with an email stating, “I will kill you and your family.”

Instead of uniting against this common terror, Labour MP and Smith supporter Chris Bryant, has decided to use it as an excuse to attack current Labour leader, Jeremy Corbyn.

Despite the threats being sent to MPs of all parties and the fact that the threats can only be dealt with by the police, who have launched an investigation, Bryant holds Corbyn somewhat responsible.

Talking to the radio station, LBC, the Labour MP for the Rhondda stated:

I think Jeremy has been very very slow to act on that. And a lot of this is happening on Jeremy’s watch. So I think you need a stronger leader if you are really going to be able to tackle that.

Bryant’s latest smear comes in a series of several other attempts to criticise Corbyn on Twitter:

Under Jeremy Lab members boo Lab Mayor, attack other members. He has split Lab not united. Only @OwenSmith_MP can unite us to fight Tories

In regards to the current party under Corbyn, he went on to say:

Unfortunately for Bryant, members of the public have seen this as a case of the pot calling the kettle black and called him out on his claims:

Bryant’s recent comments also serve as a reminder of those of his fellow Smith supporter, Jenny Chapman MP. In a conversation with broadcaster George Galloway, Chapman linked Jo Cox’s murder to Corbyn. Using the murder as an example, Chapman claimed that Corbyn has done little to prevent in-fighting and abuse, something she said Smith would surely deal with.

Chapman’s and Bryant’s claims are sad examples of how low some MPs have stooped in the Labour leadership election. Instead of giving these cases the proper response they deserve and uniting, members of the Smith brigade are resorting to cheap jibes in an attempt to smear Corbyn, and making a sorry name for themselves in the process.

– Read other Canary articles on the Labour Party, and the leadership contest.