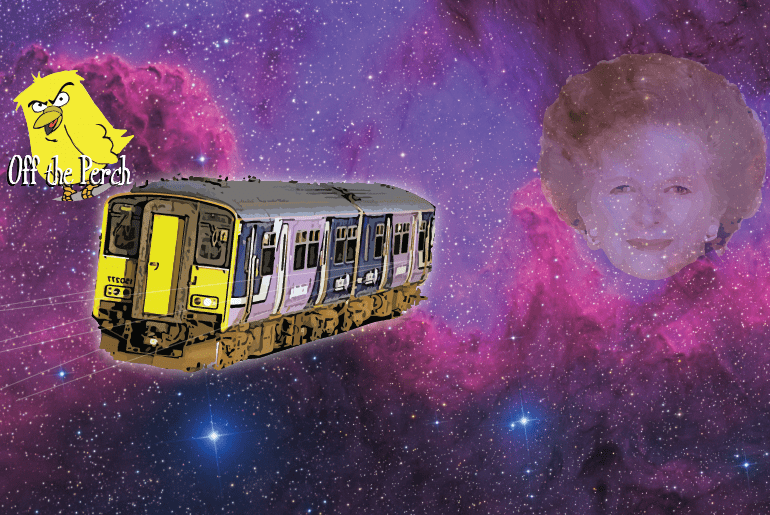 It was the 50th anniversary of Gene Roddenberry’s Star Trek this week and, coincidentally, a freedom-of-information request has unearthed Margaret Thatcher’s plans for a rival TV show called Space Crusade.

Allegedly, in the final days of Thatcher’s premiership – when paranoia was high and purpose was low – the PM happened to catch an episode of Star Trek: The Next Generation, and was more horrified by it than the time she thought a homeless gentleman had broken into parliament.

Is what she shouted at the television – shortly before grabbing her notepad and drafting some ideas for a sci-fi programme that would embody her beloved right-wing ideology.

Although Thatcher’s eventual dethroning prevented her from making Space Crusade a reality, we may one day get to see her vision come to life – that is of course if the Tories can stay in power for that long.

And they bother to invest in a space programme.

So probably not then, actually.