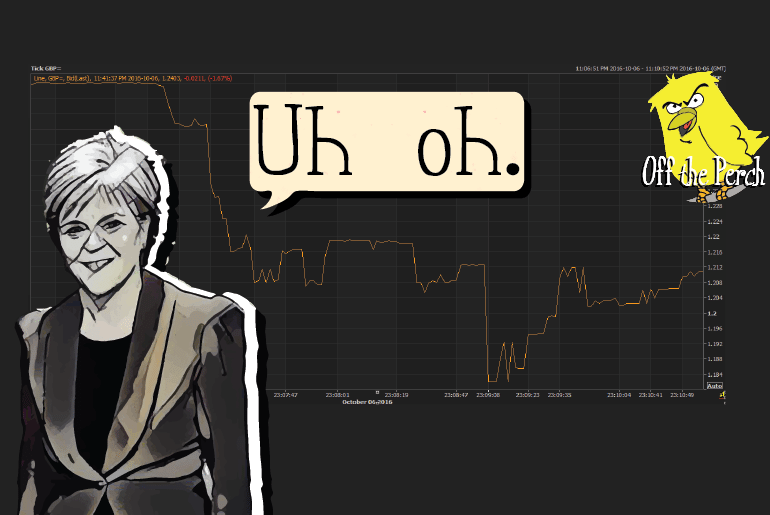 Following the announcement of plans for another Scottish independence referendum, the world is once more seeing a Prime Minister of Great Britain making threats to try and keep the union together. The fact that her threats are the exact opposite of David Cameron’s shows just how much things have changed since then.

The problem is that these threats definitely will apply if Scotland stays in the UK, so why wouldn’t it want to see what happens if it doesn’t?

The other problem for the UK government is that since the last independence referendum – the one in which it lied, bullied, and cheated to get its own way – the trust that Scots place in Team GB has understandably been severely diminished.

So the ‘remainers’ could wheel Gordon Brown out again. But many Scots now trust the treacherous sack of potatoes about as much as they would a hissing Hannibal Lecter in a straightjacket and bite-mask. They could request that the BBC spreads more misinformation. But Scots now know that, in times of trouble, the Beeb’s presenters are hollowed out and worked like giant finger puppets by the talons of the Tory beast. They could even rope J.K. Rowling back in. But there are only so many Harry Potter analogies a person can hear before the novelty wears off and they realise that a billionaire New Labour fan probably doesn’t share the same priorities as they do.

The Empire strikes back

In an attempt to quell this latest Scottish rebellion, Theresa May made the following threats via her Tumblr account:

If the Scots dare to call another independence referendum, we will change the law to say that the pound actually belongs to them! We will move all of our conniving bankers from London to Dundee! We will tarmac over the Highlands and turn it into a multi-story car park for a Central Bureau of Traffic Wardens and Estate Agents we’ll build in Inverness!

The SNP has obviously thrown doubt on the government’s ability to do any of those things as, so far, Theresa May seems unable to do pretty much anything.

Well personally, I think another independence referendum would be a terrible idea.