The BBC just made a hilarious blunder live on air, and now everyone’s talking about it [VIDEO, TWEETS] - Canary 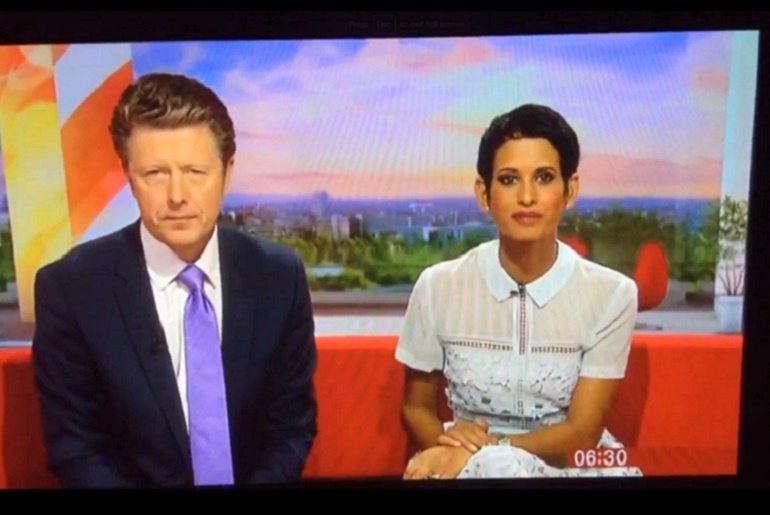 BBC Breakfast just made a hilarious blunder live on air. And thanks to some quick-witted viewers, the clip is now spreading like wildfire on social media.

On the morning of 14 October at 6:30am, Naga Munchetty and Charlie Stayt were presenting live on BBC Breakfast. Munchetty was announcing an upcoming interview with Nicola Sturgeon about plans for a second independence referendum, when this happened:

After the clip aired, Stayt had to immediately apologise for the blunder, leaving Munchetty red-faced. Thanks to Twitter users, the clip is now spreading.

Unfortunately for Munchetty and Stayt, the blunders didn’t end there. Many viewers went on to criticise the pair for their report on the gorilla that ran away from London Zoo. While interviewing the Zoo’s zookeeper, Munchetty expressed disdain at the time it took to recover the animal:

We pay for such great interviewing skills. An hour to get a Gorilla back into it's enclosure. How dare they!#BBCbreakfast #Clueless

All in all, 14 October was not a good day of reporting for the presenting pair. But at least it provided the UK with an entertaining start to their morning.

– Read more from The Canary about the BBC.

– Stay up to date on The Canary’s Facebook page.