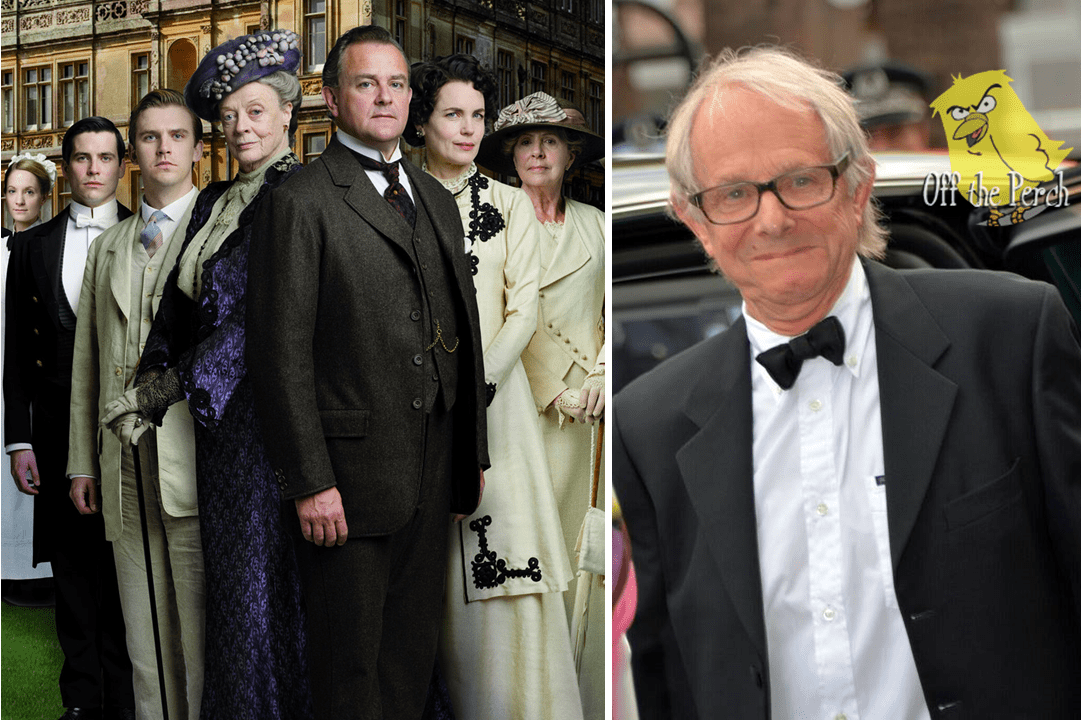 ITV bosses have announced details of a feature film spin-off of their staggeringly successful Downton Abbey series. But in a move which has wrong-footed both film critics and Downton fans, they’ve chosen the acclaimed master of gritty social realism, Ken Loach, to direct.

Movie buff Clive Pearl-Dean spoke to Off The Perch and summed up the general sense of bemusement:

This has come as a bolt from the blue. Only this week, Loach has been bemoaning period dramas like Downton, saying that they’re just fatuous escapism and ‘the opposite of what a good broadcaster should do’. It seems a bit rich that he’s now jumping on the Downton gravy train.

But a source from within the Loach camp has informed us that the I, Daniel Blake director will be stamping his distinctive mark on the beloved slow-moving Sunday evening staple. In fact, it’s going to be even less recognisable to followers of the TV series than is usually the case with spin-offs:

Ken doesn’t want to pass up this opportunity to infiltrate his grassroots socialism into the minds of Middle England. So he’s going to jump the setting forward just over ten years and centre the plot on a new chauffeur inspiring the staff to sign up for the International Brigades in the Spanish Civil War. This way, we can avoid doing any filming at all at Highclere Castle, because Ken gets very irritable around stately homes. And it’s warmer in Spain.

Obviously, this story decision means there’s going to be a very limited role for the posh above-stairs characters. But to be honest, if ITV wanted lots of drawing room scenes with clipped conversation over the fine bone china, then Ken Loach probably wasn’t a great choice as director. There’s no place in the film for the Dowager Countess, which is a bit of a shame because Maggie Smith is one of Ken’s favourite dance partners at post-awards-show parties.

The idea that Ken hates period drama is a ridiculous over-simplification. Obviously, he’s done The Wind That Shakes The Barley and Land and Freedom for starters. Where else do you think we’re getting the script ideas for this Downton thing? Not from Julian toffee-nose Fellowes that’s for sure. All Ken’s opposed to is drama that allows people to stop thinking what a terrible state the world’s in for more than ten seconds. Although, now that you mention it, those flying scenes in Kes were pretty escapist weren’t they?

Just in case over-cautious executives end up pulling the plug on Loach’s Downton project, there’s always the Ken Loach archive to keep you going while you try to find a cinema that’s screening I, Daniel Blake.