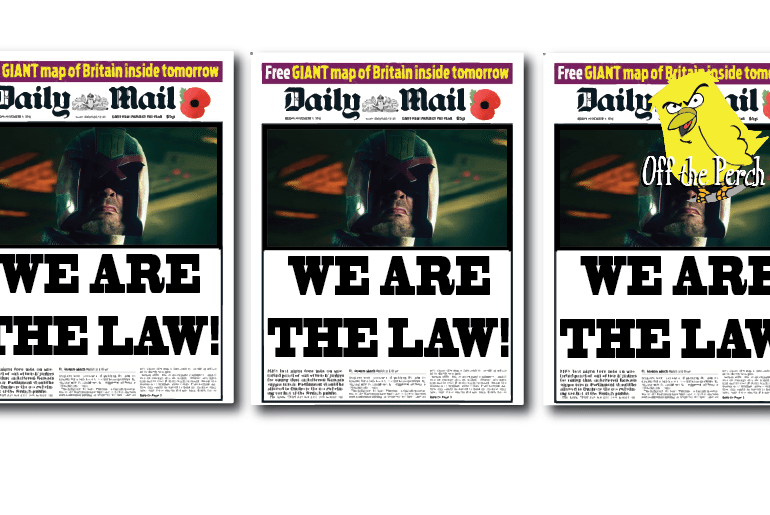 When the High Court agreed that the government would have to follow the law, the British right-wing press flipped harder than a parkour pancake.

The Sun
The Express
The Telegraph
The Necronomicon pic.twitter.com/t7UYCBP5wM

Following a day of scattershot hatred in which they lashed out like a cyclops who’d had his eye poked, the gutter press produced a set of headlines so toxic they made their hatred of medical professionals look timorously coherent: 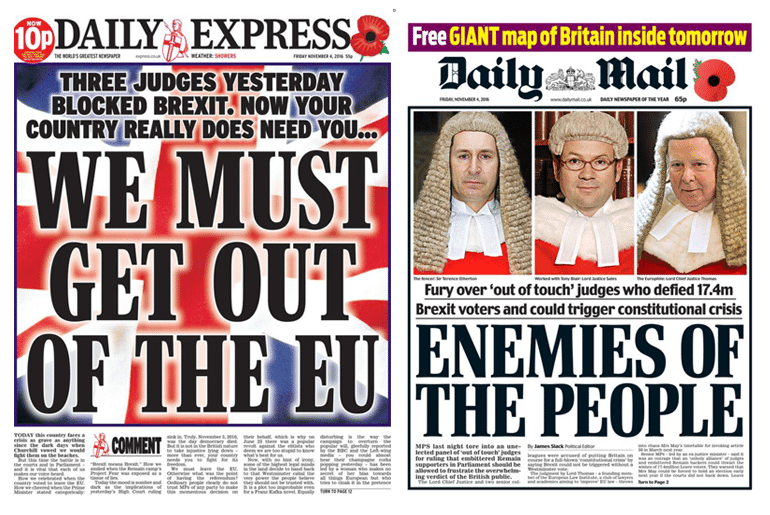 It seems that encouraging people to believe our centuries-old legal system is an EU plot has not been enough for them. Which is why they’re now advising – nay, demanding – that every judge in the country should be replaced by Judge Dredd.

And that they get to pick who this Judge Dredd is.

And that Judge Dredd gets to rough his predecessors up a bit.

Because all of that expert legal knowledge is obviously getting in the way of actual judges understanding the law.

For once, the rich white men are in control

This is what The Daily Mail’s Lord Rothermere had to say at a conference held by the UK’s media moguls:

An ex-employee of The Daily Mail has translated Rothermere’s frothing utterances as follows:

The people have spoken! And what they have said is that The Daily Mail should be in charge of all UK governance! And we know that’s what they said, because that’s what we printed they said!

These so-called legal experts think it’s all about laws and precedents. But it isn’t. The law is about what feels good. What feels right. Especially when those feelings are confirmed and validated by us.

We didn’t take back control to hand it over to a bunch of book-reading wazzocks. We took it back for the people. And as the self-appointed voice of the people, it should be us who clarify exactly what it is that the people want.

We wanna be free to do what we wanna do. And we wanna get loaded.

Murdoch then explained what he meant by “loaded”, taking out a gun and filling it with bullets. He then handed the gun to a gentleman in a Judge Dredd costume. And this gentleman immediately fired several shots into the cover picture of yesterday’s Daily Mail.

Shots fired, the media moguls slowly went to retrieve the paper. Smiling, they held it up, and showed off the three perfect circles where the judge’s faces used to be. And then the smiles went away, and they looked over to us and growled:

We are the law.