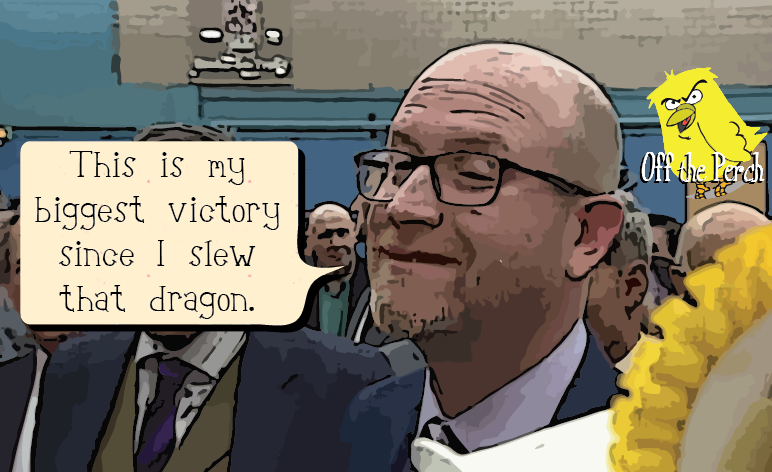 Following a busy month in which Paul Nuttall discovered seven new planets, won a Brit award, and saved Sweden from an outbreak of invisible incidents, the popular model and physicist has been made an MP.

Or at least that’s what he’s telling people, anyway.

Nuttall (PN) conducted an interview an hour ago with Westminster’s Harvey Bronson (HB):

PN: Alright, friend. I’m here to start my new career as an MP.

HB: And you’re certain of that, are you?

PN: This is the Houses of Pauliament, isn’t it?

PN: As much as I’d like to give you a history lesson about how I magically built this place using only a piece of Jesus’ crucifix and a Philips’ head screwdriver, I really need to be getting in there and politicking!

HB: Look, mate. As the head security guard here, I’ve got a list of all current MPs, and you’re not on it.

PN: Sorry, my press secretary must have written that list and made a mistake. I can only apologise for not checking it. And have her fired in disgrace, obviously.

HB: No. You need to just leave.

PN: I didn’t die in the Bowling Green Massacre to be treated like this!

HB: The only massacre you’ve died in was Stoke last night. And the sooner you get that into your head, the sooner you can move into a role you’re more suited to. Like selling cut-and-shut cars. Or serving as a cautionary tale to schoolchildren.

With Nuttall’s failure to become an MP, many people are asking what next? And also why bother? But mainly just how is UKIP even still a thing?