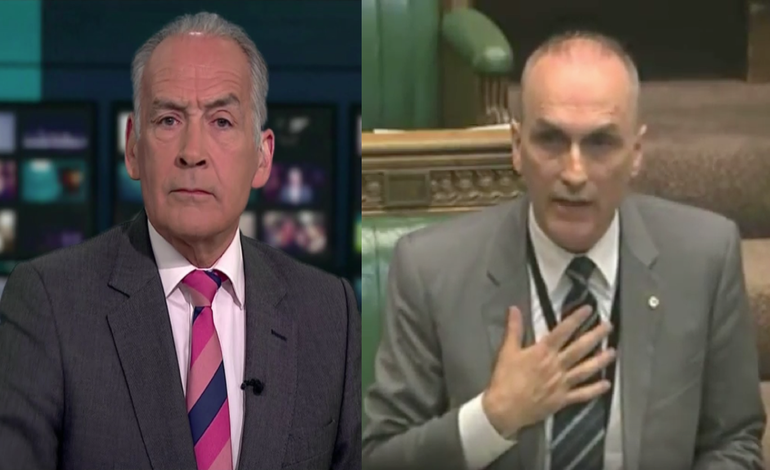 A bizarre Twitter row broke out overnight between a former MP and veteran ITV broadcaster Alastair Stewart. On the night of two crucial by-elections in Stoke and Copeland, the pair managed to get in a dust-up over foxes and chickens.

It was a mixed night for Labour. The party suffered defeat to the Conservatives in Copeland, which counts as a historic win for the government. And conversely, Labour trounced UKIP leader Paul Nuttall in Stoke-On-Trent.

Just before midnight, Alastair Stewart shared with Twitter that he’d lost nine of his 11 chickens to a fox attack.

Tonight is not the night ti ask me to love all my fellow creatures: a fox paid a visit: 2/11 of our chickens survived. So very sad for them. pic.twitter.com/2FaXK18zzI

While words of support steamed in from all sources, former MP Chris Williamson decided to declare the event a teaching moment.

And it deteriorated from there.

Labour’s Anne McGuire attempted to intervene with some common sense, and immediately regretted it.

Others join the fray

As tends to happen on Twitter, rubber-necking bypassers decided they wanted a piece of the action too. Everyone appeared a little ‘tired and emotional’ after a late night of by-election coverage.

The spat was picked up by Guido Fawkes, which triggered another Twitter pile-on. 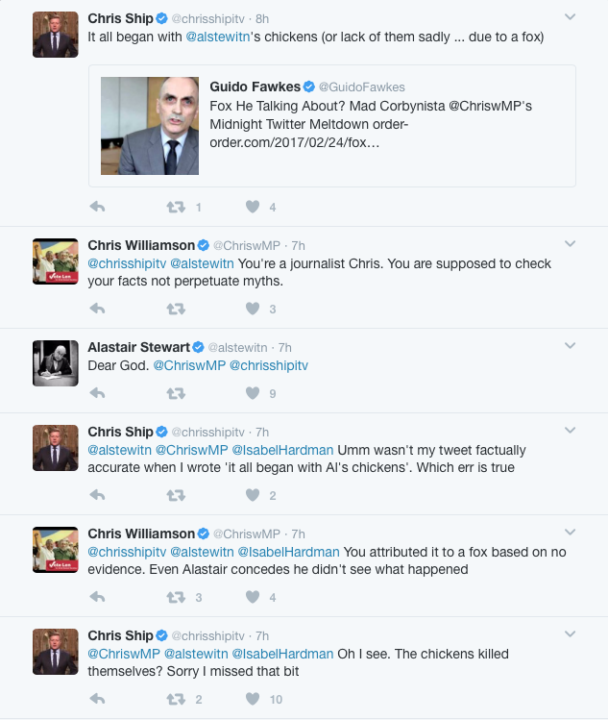 The argument drew in Twitter commentariat types like Dan Hodges and Owen Jones. And continued to pick up speed.

why are you doing this. What is going through your head?

At time of writing, the ‘Foxes and Chickens’ row shows no signs of letting up, despite it having no bearing on anything. Which is a pretty apt metaphor for much of UK politics right now.

Some good has to come of this. You can donate to support foxes here, and chickens here. We won’t judge you for picking a side.