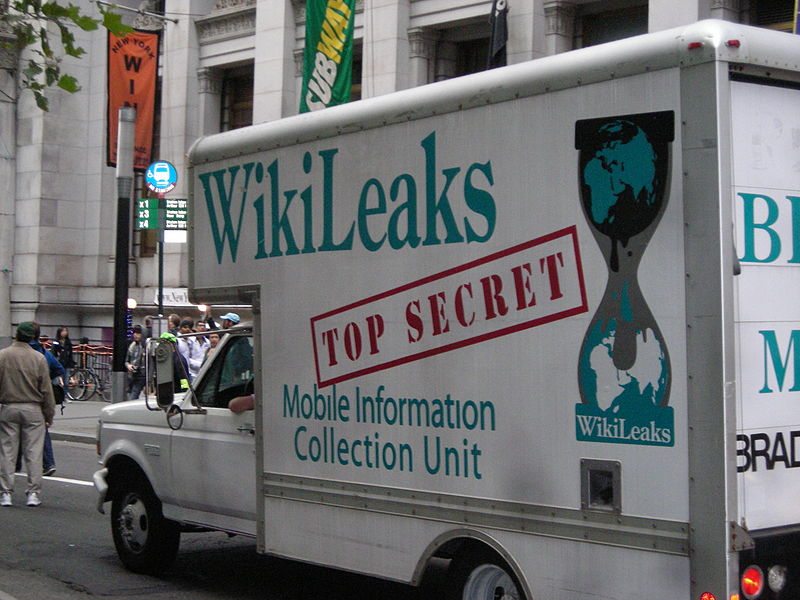 WikiLeaks founder Julian Assange currently has political asylum in the Ecuadorian Embassy in London. But as Ecuador’s presidential elections hot up, both US interference and Assange’s future at the embassy are under the spotlight.

After the first round of Ecuador’s presidential elections on 19 February, left-winger Lenín Moreno and former banker Guillermo Lasso will head to a run-off vote on 2 April. And one key issue will be Julian Assange’s continued stay at London’s Ecuadorian Embassy.

As Assange tweeted on 17 February, for instance, Lasso has promised to revoke his asylum:

For current President Rafael Correa, this is yet another example [Spanish] of the Ecuadorian right’s pandering and “surrender” to US interests. And indeed, WikiLeaks tweeted out sections of US diplomatic cables before the first round of voting which showed the long and close relationship between Lasso and the US Embassy in Ecuador.

Moreno, however, has also offered a fig leaf to the US regarding Assange. Without questioning the WikiLeaks founder’s right to asylum, he has said:

Assange will have to reduce meddling in the policies of the nations we have friendly relations with… I think one shouldn’t do that while at the embassy… If you invite me to your place, I shouldn’t say bad things about your friends.

Assange has responded to both presidential candidates by saying:

I am always happy to talk @Lenin or @LassoGuillermo.

But WikiLeaks publishes from the EU, not Ecuador, and will not respond to pressure.

The Nation has called Ecuador’s current government a “left-wing success story”. And Moreno is the ruling party’s candidate to continue that story. But the centre-left government, which granted Assange asylum in 2012 despite US resistance, is not without its problems.

The government has significantly reduced poverty and inequality in the last ten years. And despite continued US interference in the country, it has successfully seen off at least one coup attempt against it. Today, however, right-wing forces are on the rise in South America. This means fewer regional allies for Ecuador. And at home, recent economic difficulties have come as a result of low oil prices, a strong dollar, and April 2016’s devastating earthquake.

In order to avoid the destabilisation efforts in neighbouring countries, the Ecuadorian government has been extending an olive branch to the US. This included temporarily cutting off Assange’s internet access in October 2016 after the publication of Hillary Clinton’s Goldman Sachs speeches. And it’s also why both main candidates in the current presidential race in Ecuador are stepping carefully when discussing Assange’s asylum.

If Lenin Moreno beats Guillermo Lasso in April’s run-off vote, however, Assange can at the very least breathe another temporary sigh of relief.

– Read more on Latin America and Ecuador at The Canary Global.