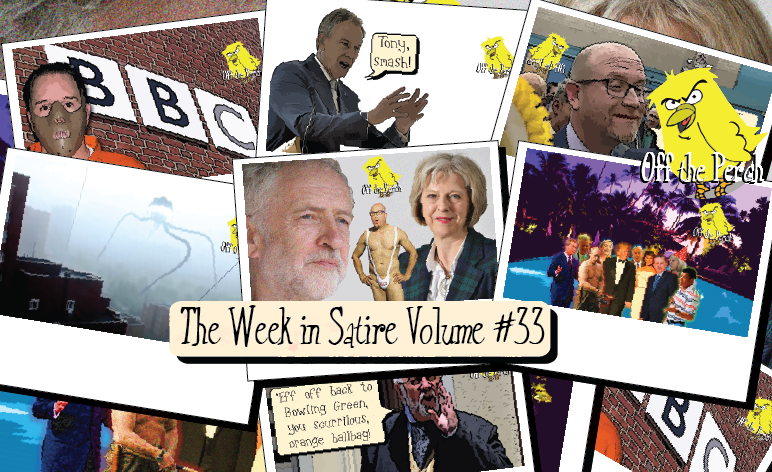 A week in which Piers Morgan and Nigel Farage haggled over who gets to be Trump’s biggest arse-kisser! A week in which Sadiq Khan encouraged Scottish voters to switch back to Labour by comparing them to Trump supporters! And a week in which Donald Trump did many, many terrible things (which is something you can say any week now). 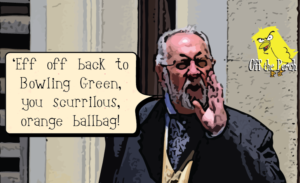 In 1990 Mike Godwin came up with the world-famous famous ‘Godwin’s Law’. An adage which asserts:

As an online discussion grows longer, the probability of a comparison involving Nazis or Hitler approaches one.

Related to this law is the idea that whoever made the Hitler comparison has by default lost the argument. And people are now using this same adage for comparisons with Donald Trump.

Or as he is more colloquially known online, Twitler:

Trump had better stop tweeting like a madman, or he'll earn himself a nickname. Perhaps…"Twitler"

The realisation came during a heated message board exchange that ended with someone referring to their rival as:

It was agreed by all that the use of Trump as an insult was a gross overstep, and the offender rightfully conceded the argument. 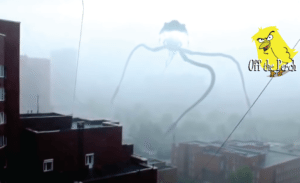 Conspiracy theorists claim Sweden has been invaded by Mars

For some time now, conspiracy theorists have been claiming that Sweden has descended into a hellish maelstrom of refugee-led carnage. A place where you can’t walk down the street without having fistfuls of grenades lobbed at you. A nightmare in which roving militias wage constant bazooka-wars with ineffectual police forces.

And although Sweden is definitely having some issues – including some related to changing demographics – the portrayal of it as a failed state that’s 90% on fire is basically like claims Birmingham is a ‘no-go’ zone. In short, it’s horseshit.

The people peddling this verbal garbage aren’t used to being challenged on their nonsense, however. Which is almost certainly why the popular conspiracy wanker (actual title), Bob Ollocks, felt comfortable offering any journalist who would accept a paid trip to Sweden.

Unfortunately for Ollocks, every journalist in the world accepted his offer. Which is why he and his website, Crap Shoot, have had to come up with an even bigger lie to stop those journalists from going. 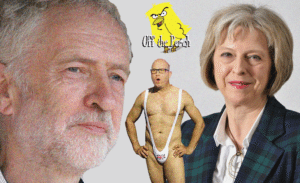 Pundits all agree the by-elections will definitely mean something

The entire nation is on tenterhooks as not one but two by-elections approach. Because by-elections don’t tend to lead to a new government, they’re not such panic-stricken affairs as general elections. With the fate of the country not so much in the balance, it’s open season for political parlour games. Pundits love to use by-elections to practise their guessing skills or to score points for their way of thinking.

The ranks of punditry are full of people who don’t rate Jeremy Corbyn (see Andrew Marr for details). Therefore, we the people have been informed that these by-elections will be a disaster for Labour. Because it will win both of them. Right. Bad news because a clique of oily careerists has decided the party needs pruning to the stump. In this parallel universe, any success for a Corbyn-led Labour party spells disaster. Only electoral oblivion will suffice. Which is strange after all the things they’ve said. 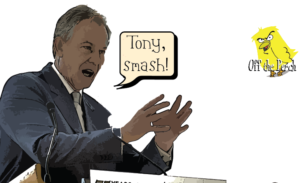 Blair and Mandelson are running around Stoke punching potential voters

In the last day of campaigning for Stoke-on-Trent Central, Labour has been trying to reach as many voters as possible. The united front was somewhat let down by the former leader of the party, however. Primarily because Tony Blair and his little buddy, Peter Mandelson, have been running around punching potential voters in the lower body.

Blair is of course dead famous, but Mandelson is somewhat less recognisable. You can tell something is off with him, though, as he looks like a journeyman vicar who’s been infected with vampirism and piles. To make up for any issues of recognition, however, they both wore Labour-branded mankinis as they ran amok.

A bystander who got caught up in the ruckus told us the following:

It was really something! I was minding my own business, when I heard someone running up behind me shouting ‘things can only get BATTER’. And then immediately after, the ex-PM punched me in the arse. I turned round to ask what the hell he was doing, and he asked ‘how’s that for a hard Brexit?’ 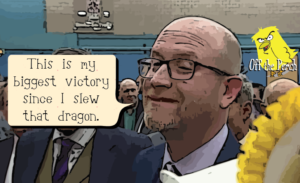 Paul Nuttall starts his first day as an MP

Following a busy month in which Paul Nuttall discovered seven new planets, won a Brit award, and saved Sweden from an outbreak of invisible incidents, the popular model and physicist has been made an MP.

Or at least that’s what he’s telling people, anyway.

Nuttall (PN) conducted an interview an hour ago with Westminster’s Harvey Bronson (HB):

PN: Alright, friend. I’m here to start my new career as an MP.

HB: And you’re certain of that, are you?

PN: This is the Houses of Pauliament, isn’t it? 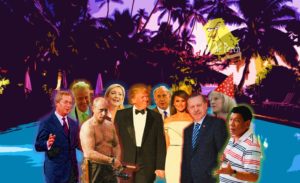 Pool party at Mar-a-Lago! With only the very best people!

When it comes to catering to some of the very worst humanoid sick-puppets in existence, Donald Trump is one of the very best. And his ‘Weekend White House’ – the palatial estate of Mar-a-Lago – is where he does all that catering. (By ‘he‘, of course, we mean his underpaid foreign employees.)

And what better way for Trump to inaugurate Mar-a-Lago as the official sinkhole of US dignity than to invite his very favourite foreign dignitaries to an extravagant pool party.

We won’t go into detail about why the people Trump invited are so horrendous. That’s not our mandate at Off The Perch. But let’s just say that if cockroaches were going to have a post-apocalyptic block party, these people would be the ever-lovely mixture of spilled beer, urine, and vomit left on the floor at the end of the night. 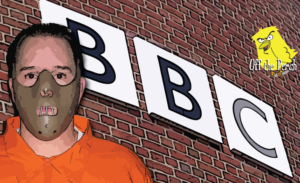 In the name of balance, The BBC had two people speak about the NHS recently. One of them thought the NHS was a good thing, and the other thought it was:

And to make things even more balanced, the BBC neglected to mention that Mr Horror-Cock would financially benefit from privatising the NHS.

Because obviously it would be unfair to tell viewers about that, right?

Because if they did know that, they probably wouldn’t listen to him.

Who are these fairness rules supposed to protect again?