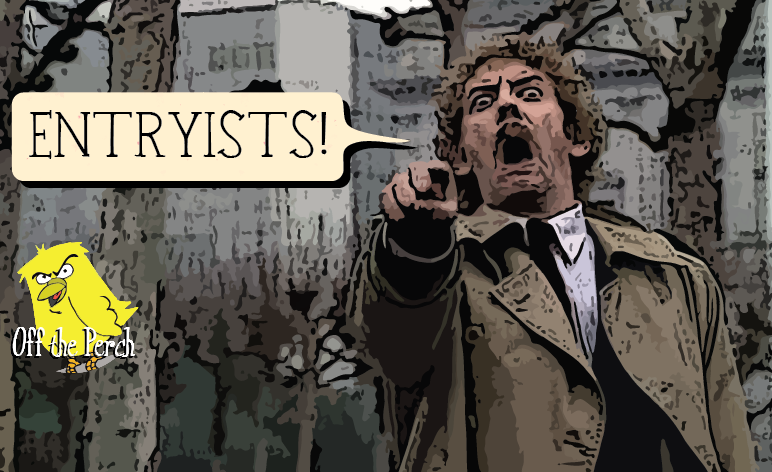 New Labour did an excellent job of making it seem like it represented a majority of UK citizens. But then the global system broke, and the party opted to bail out the minority of British citizens who were actually responsible for it breaking.

The public reacted as you’d expect – they voted for somebody else.

And then, they rejected three classic New Labour drones in favour of somebody different. And workers of the UK began returning back to the Labour Party.

The reason people gravitated towards Jeremy Corbyn was because he was the only one who was actually saying anything. To find out what New Labour is offering as the alternative to the alternative, Off The Perch (OTP) spoke to the strategist Sebastian Thinkspank (ST):

OTP: So what will you do differently this time?

ST: What we plan on doing is coming up with fresh new ideas and providing strong opposition.

OTP: Right, but the previous problem was that you said things like ‘fresh new ideas’ and ‘strong opposition’, but what you actually proposed was f*ck all.

OTP: So what new policies are you going to propose?

ST: We think that it’s important to not just be a party of empty words, but a party in government.

OTP: Ah, so you’re going to continue with your ‘don’t mention any policies because voters can’t dislike what we’ve not proposed’ policy. The policy which worked so well for you in the last two elections. And who will be leading this fresh new party?

ST: We’re pretty much interchangeable to be honest. Some of us even have swappable heads.

There’s no two ways about it – Labour is being infiltrated by people who want to fundamentally change the party. And the reason this is happening is because, in its attempt to appeal to everyone, Labour ended up appealing to no one.

You can disagree with Corbyn as much as you like. And you can fantasise about the politicians who couldn’t even beat him magically transforming into a winning opposition. But unless you want to talk about why the ‘centre ground’ failed so badly, then that’s all you’re indulging in.